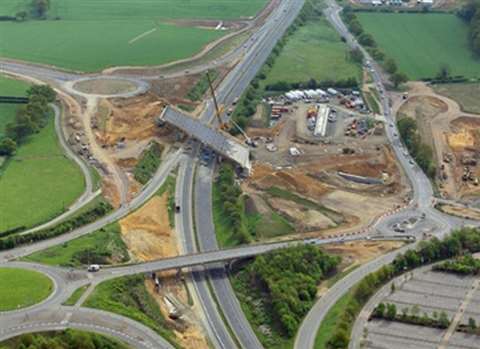 International infrastructure group Balfour Beatty has been awarded a £104 million (€147.7 million) road scheme by Norfolk County Council in the UK to complete works on the Norwich Northern Distributor Road (NNDR).

The new road is designed to serve Broadland, Norfolk, and improve access to North Norfolk and Norwich International Airport, with better links to Great Yarmouth and the south of the region.

It will also aim to provide relief on congested and unsuitable roads around the north and east of Norwich, and improve capacity for future growth in jobs and housing.

Balfour Beatty was awarded the Early Contractor Involvement (ECI) phase of the NNDR scheme in 2009, and has since then been assisting Norfolk County Council with design development, construction feasibility advice and development of the scheme’s target cost.

Balfour Beatty is already working on Norfolk County Council’s £27 million Postwick junction project which will join the NNDR with the A47 trunk road.

Construction work on the NNDR will begin this winter and is scheduled for completion in late 2017.

“We have extensive proven experience of major road schemes, from the ECI phase through to concept and construction programme development and a strong relationship with Norfolk County Council having collaborated on this project over the last six and a half years.”