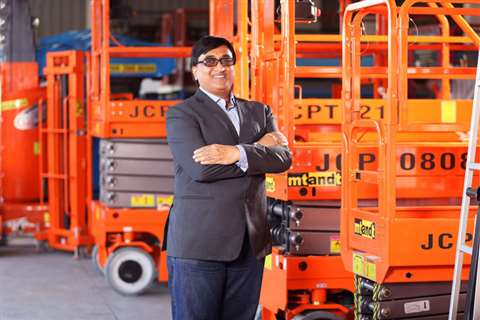 India’s Mtandt Group has reported an estimated 60% increase in revenue for its 2015/2016 financial year.

In the first two quarters, the access specialist had increased its revenue by 35% year-on-year, and now, based on its order status, the company said it is confident of achieving the 60% targeted growth.

Rakesh Modi, group managing director, said it aims to grow further next year. "We want to get better in every aspect in 2017 and strive to take the group to the next level.

“Mtandt Group has plans to invest INR 7 billon (US$100 million) over a period of two years in various verticals including enhancement of rental inventory, and its servicing and refurbishing facility.”

This year Mtandt has tied up with a range of OEM’s to promote their products in India and neighbouring markets of Srilanka, Nepal, Bhutan and Bangladesh.

Mtandt will be distributing XCMG’s hydraulic fire trucks up to 102m reach height, along with a range of construction machinery. This year Mtandt became exclusive distributor in India for Ruthmann’s range of Steiger truck mounts. Aardwolf Monzon’s scaffolding brand Aardwolf Quickfit has also been taken on by Mtandt.

The Porta Deck modular matting system, aimed at a range of industries is produced by Mtandt Group, while the company has also introduced rack and pinion passenger and material hoists to the Indian market from manufacturers around the world.

Mtandt group was founded in 1974 by Sri Rajkumar Modi and is the largest aerial work platform rental company in India.