Manitou Group achieved another record half year, with revenue growth of 17% to €941 million, compared to the first half of 2018.

The MHA - Material Handling & Access Division achieved 2018 half-year revenue of €653m, an increase of 16% compared to the same period last year. Based on constant exchange rates revenue rose 18%. Growth was particularly strong in construction and agriculture, said the company. 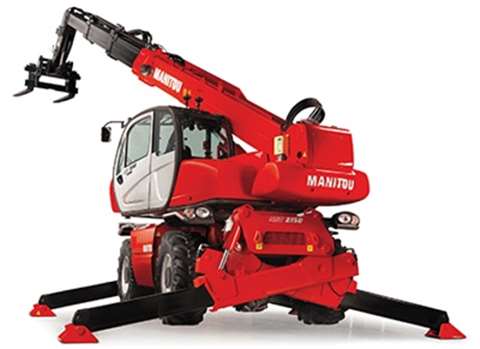 Sales price increases implemented in 2017, the effects of which were delayed by the previously-mentioned order book increase, allowed a more consistent alignment of sales prices with purchase prices. In addition, the sales growth offset the negative exchange rate, as well as the additional costs required by that growth. Profit from recurring operations was 7.4% of sales, up by 40 basis points compared.

The CEP - Compact Equipment Products Division achieved revenue of €151m, a rise of 29% or 30% at constant exchange rates. In North America, the growth of rental companies was strong, as was their order intake. Growth was also found in Europe, as well as in the APAM region. The US saw strong growth too, despite a shortage of manpower and tensions in the supply chain.

In India, the division continued to progress, with the launch of its first skidsteer developed for emerging countries, just one year after the acquisition of the manufacturing site there. All this meant the division’s negative operating result of 1.9% of sales revenue in the first half 2017 improved to a positive result of 2.4% .

With a turnover of €137m, the Services & Solutions Division (S&S) recorded a 9% increase in its activity, 10% at constant exchange rates. Continuing the trend of previous quarters, service, rental and used machines recorded the strongest development. The spare parts and attachments activities continued to grow. Operating profit as a percentage of revenue was 8.2%, down by 40 basis points.

In May 2017, the Manitou group was sued in France, the UK and Italy for alleged infringement of two European patents. Legal proceedings continued during the first half of 2018. During these proceedings, the plaintiff increased its payout demands from €20m to €50m for France, without, however, substantiating this request, said the company. At this stage in the proceedings, the financial risk likely to be incurred is difficult to estimate. Consequently, no provision for these claims has been recorded in the Group’s financial statements.

Michel Denis, Manitou president and CEO, said, “Business was buoyant in all geographies and in our three markets of construction, agriculture and industries. Order intake for the second quarter was sustained and increased compared to Q2 2017 if we exclude the exceptional effects generated in France by the end of the tax law on equipment over-amortization in April 2017.

Denis said the company expanded its product range, as well as increasing market share and production rates during the half year. “The increase in production rates enabled us to accelerate the reduction of the depth of the order book, something we want to continue, in order to be more responsive to our customers.