the EU type-examination process for EN 353-1:2018 was suitably rigorous. It incorporated a number of dynamic tests that covered all eventualities and put all elements of working at height equipment through its paces. These included: 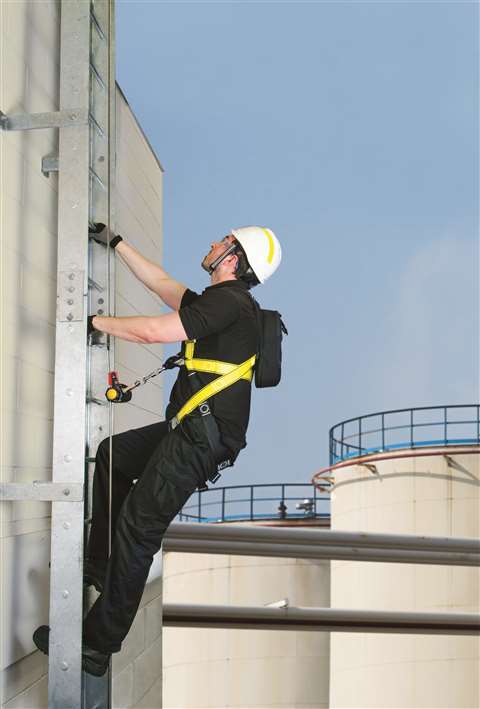 MSA explains how it helped update the latest EN regulations. The initial version of the updated standards relating to the test of vertical fall arrest systems (EN 353-1:2014) was released in October 2014 and incorporated many amendments for guided type fall arresters when compared to EN 353-1:2002. While carrying out cold conditioning tests on its LadderLatch and TowerLatch systems, it noticed an issue with the 2014 version of the standard.

Tim Bissett, technical manager at MSA Latchways, expalained, “When testing our LadderLatch and TowerLatch systems before introducing them to market, we noticed a slight mistake in the 2014 version of the standard.

“The test required the guided type fall arrester to be immersed in water and then subjected to a temperature of -30°C. Unfortunately, this didn’t represent real-life working conditions, so a request for a correction was made with the Standards Authority.”

The outcome of this correction is the publication of EN 353-1:2018. “It’s perhaps testament to MSA’s own diligent testing regime and decades of experience that it was able to assist in this issue,” said the company.