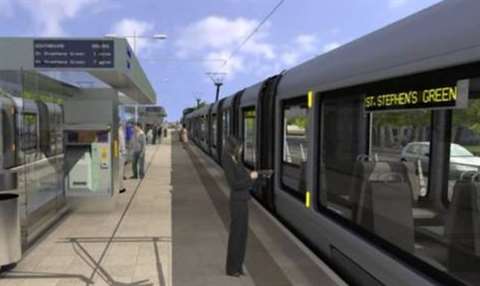 A project to connect Dublin Airport to the city centre has been revised, following a public consultation that elicited more than 8,000 responses.

The rail link – that will travel primarily underground – will now stop at Charlemont, on the south side of the city, instead of running farther south, to Sandyford, on the Luas Green Line.

The National Transport Authority (NTA), along with Transport Infrastructure Ireland (jointly overseeing the project), said the original plans would have caused too much disruption to the Luas Green Line, lasting up to four years.

The projected €3 billion rail connection, the largest single transport project in the country’s history, is expected to be operational by 2027, with construction expected to be ongoing for up to seven years.

It includes 15 new Metrolink stations and 19km of new rail, and the link is set to carry 40,000 passengers per hour, totalling around 50 million passengers a year.

The chief executive of the NTA, Anne Graham, said the project would create around 4,000 jobs and be a “significant economic driver”, adding that it was also help in providing a “more sustainable transport alternative and by providing a great incentive to get people out of their cars and on to public transport.”