No halt to China MEWP growth

Gu said sales growth in China had exceeded 50% in each of the past two years and was on schedule to do the same in 2019. 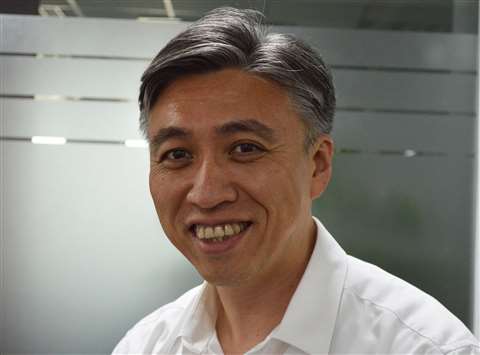 “It is being driven by the adoption of AWPs by state owned contractors, also private contractors”, said Gu, speaking to International Rental News at the company’s regional headquarters in Shanghai, “It’s because AWPs are now a proven concept, they are cost-effective and it’s safer – now they are highly sought after.”

The growth – which means that China’s total rental fleet is now estimated to be between 60000 and 100000 units – is creating production challenges for OEMs. JLG has already expanded its Tianjin facility in China twice in the past 18 months, and Gu said the business was now considering a further investment in production in the country.

Gu will give a presentation at the International Rental Conference (IRC) in Shanghai on 22 October. He will look at the different financing options open to rental companies, in the context of a rapidly growing market where sustainability is becoming an important consideration.

The addition of production capacity will be just one facet of JLG’s strategy in China. For example, it is considering local production of its large Ultrabooms – these models are currently assembled in Shanghai using completely knocked down (CKD) kits. However, the US-China tariffs issue has led to significant tariffs on these machines entering China.

Gu said the tariffs were adding complexity to every manufacturer doing business in China. The tariffs impact on machines exported to the US, and also add costs for Chinese production with tariffs on components imported from the US.

He added that the option of manufacturing in another Asian market, such as Vietnam, was something that many businesses were considering, but he emphasised that this was not straightforward, because it is impossible to quickly replicate the extensive manufacturing supply chains that exist in China.

In addition, the company will establish a machine rebuilding facility at its Shanghai facility in 2020.

For information on the IRC conference, visit www.khl-irc.com