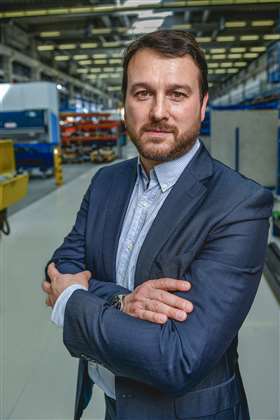 Doosan Bobcat has announced new presidents and other organisational changes in the global structure of the company.

One of these appointments is that of Gustavo Otero to president, Doosan Bobcat Europe, Middle East and Africa (EMEA). Otero previously served as vice president of Compact & Telehandlers, Doosan Bobcat EMEA. He will be based out of the firm’s EMEA headquarters in Dobris, Czech Republic.

Otero joined the company in 2012 and most recently served as EMEA region vice president of Compact and Telehandlers. Prior to this, he was vice president of Doosan Infracore Construction Equipment EMEA and served as general manager at Geith. He has a 20-year background in the global construction equipment and automotive industries.

Other appointments include Mike Ballweber, who has been appointed president, Doosan Bobcat North America and Alvaro Pacini as senior vice president, Global Procurement.

All the executives named above will report directly to Doosan Bobcat CEO, Scott Park.

“As a global company, we are taking these steps to become even more collaborative by sharing the best ideas and innovations around the world,” said Park.