‘I never cease to be amazed…’

This year will be the 10 years since the first World Demolition Summit, with the event in Boston on October 23 and 24 welcoming more exhibitors, more delegates and award entries than ever.

Former Institute of Demolition Engineers (IDE) president John Woodward has been involved in the awards judging process from the beginning, and these are his memories of the past decade:

My memories of the first two years of the awards are that in those days the judges met in London for two days and spent the time in hotel conference rooms studying each entry in detail and discussing the merits of each to draw up our shortlists before we completed our voting cards and placed them into sealed ballot boxes ensuring that we had no idea of the winners until the night of the awards. Ten years later it’s all electronic. The process is similar but the carbon footprint has been reduced dramatically! 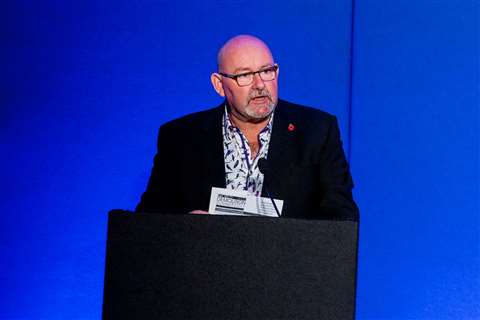 The awards started at the Hotel Okura in Amsterdam. The hotels had televisions over the bath and a restaurant serving Wagyu beef which was only to be sampled if you had mortgaged your home before you arrived.

Speaking of beef, I remember an evening meal in the early years near to the hotel with another former IDE president, Duncan Rudall where we ordered a “mixed grill to share” and were presented with the largest amount of meat I have ever seen in a restaurant. It looked like we would need a multi-processor to demolish it – but demolish it we did.

The first few years of the awards saw multiple winners emerge each year, but successive years have seen more entries from more companies and countries around the world and now we tend to see more of a spread of winners.

I am interested to see what changes have occurred in demolition during the lifetime awards, so I asked a few previous winners for their expert opinions.

Adrian McLean of Armac Group, who won the Civils Award in 2010, said that quick release attachment couplers like OilQuick, Lehnhoff, and Geith have led to greater efficiency and better use of machines reducing the amount of time changing attachments and the number of operatives needed close to the machine to facilitate the change. 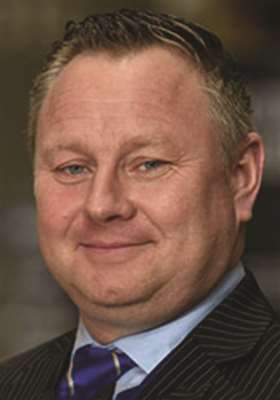 William Sinclair of Safedem, winners on several occasions including Contractor of the Year in 2011, felt that within the specialist field of explosive demolition the biggest change is the 3D computer simulation software developed by Applied Science International which allows us to predict with far more accuracy how a structure will behave.

Stefano Panseri of Despe, whose wins include Contract of the Year in 2011 and 2012, believed the most significant change has been the deep implementation of ‘reverse engineering’ to the demolition process.

I agree with all these great engineers but I would also add something that Stefano was too modest to mention in that the Despe ‘TopDownWay’ will, in my opinion, change how we demolish multi-storey inner city structures in years to come. Having seen it first-hand in Glasgow on the Safedem/Despe contract at Gallowgate, which won the Collaboration Award in 2015, I can see it being used extensively in the future.

What will we see in the category of Innovation this year? We can be sure that whatever is groundbreaking within the demolition industry will be featured either within the 2019 Summit programme or as part of an awards entry this year.

Personally I am looking forward to judging this year, particularly as the process is now so streamlined and less labour intensive for judges. I never ceased to be amazed by the quality of the entries and the complexity of projects in this fabulous industry of ours.

Finally if you have entered the awards this year I wish you good luck for the event and would encourage everyone to travel to Boston in October for one of the ‘must attend’ events in the world of demolition.

The first 10 years have been amazing and I cannot wait to see what the next decade will bring for us all.