Finning UK and Ireland has been awarded a national accolade for its outstanding apprenticeship programmes, scooping a place in the government-led Top 100 Apprenticeship Employers. 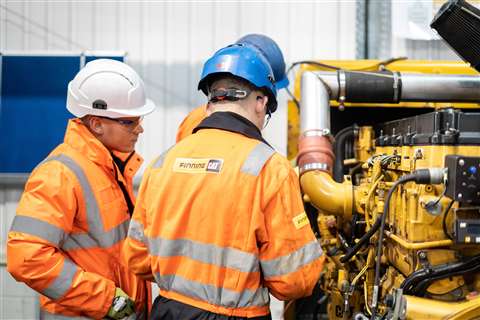 The UK distributor of Cat machines and products was ranked 38 in the league table and is one of a small number of companies from the engineering and construction industries that earned a place on the list. Finning said the accolade was given in recognition of the variety of apprenticeships that it offers.

The company has a four-year apprenticeship programme which recruits budding engineers for its equipment solutions and energy and transportation divisions. Diversity is one of the core criteria considered for the ranking and the intake this year includes the highest number of female recruits so far, with four of the 11 new apprentices being women.

‘‘This is a first-class scheme for young people,” commented Chloe Harris, who is in her fourth year of the apprenticeship programme.

“Finning offers lots of opportunities both during and after the apprenticeship to develop skills and knowledge. The support in both the workshop and in the academy is outstanding.”

The list was compiled after studying more than 400 companies.