The Crossrail underground rail project in London, UK, has been completed, with 10 new stations on the now renamed Elizabeth Line. 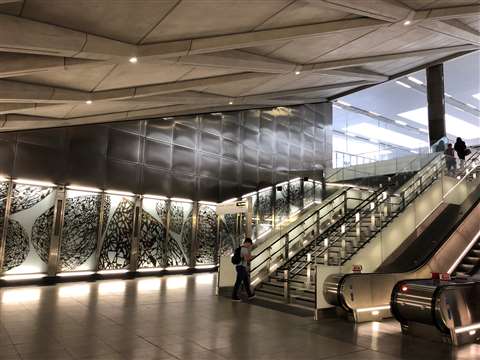 When fully opened, the 117km line is expected to carry 200 million passengers a year, offering faster journeys to and from London’s Heathrow Airport and running from Berkshire in the west to Essex in the east, partly through 22km of newly-bored tunnels.

The line’s developer, Transport for London, said the central section will connect to branches in the west and east later in the year, almost doubling the capacity.

The new stations between Paddington and Abbey Wood have been constructed using different forms; the majority are tunnelled, while Paddington, Woolwich and Canary Wharf are formed from boxes sunk into the ground. Custom House and Abbey Wood are the only new surface stations on the line.

Most recently completed was Farringdon Station, which faced a number of unique design challenges, including the need to install lifts that rise and fall on a slope.

The main contractor on the Farringdon Station project, BFK – a joint venture between BAM, Ferrovial and Kier – delivered the mined station at a maximum depth of 30m below ground level, and boasts a 244m passenger platform length.

The total cost of the project is estimated at approximately €22 billion – some €4.7 billion over its original budget.

The 12-year construction project was also delivered more than 3 years behind schedule, in part due to the coronavirus pandemic, but also due to issues with safety testing and signalling systems.

The Mayor of London, Sadiq Khan was a passenger on the first official westbound service. He said, “We should be incredibly proud of this fantastic new line, it is 22nd century fit,” adding “It’s spacious, silent, comfortable; this is the game changer we need.” 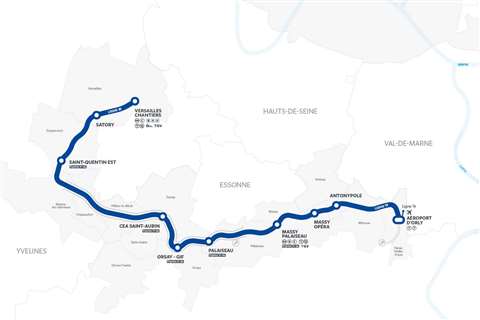