Materials producer LafargeHolcim appears to be on track to achieve its full-year targets, with continued sales growth reported in the company’s financial results for the first quarter of 2018.

Jan Jenisch, CEO of LafargeHolcim, said, “Q1 was a good start to the year. The continued growth in the top line is encouraging and confirms the positive outlook for our businesses.”

However, recurring EBITDA (earnings before interest, taxes, depreciation and amortization) was down by 7.7% on a like-for-like basis. This downturn was attributed to an especially harsh winter in North America and Europe.

Broadly, the underlying market trends seen at the end of 2017 continued into the first three months of 2018, according to LafargeHolcim.

It was said that Latin America had continued to show positive development with both top and bottom line growth.

In North America, the group said it was well positioned to take advantage of good market conditions despite the effect of a harsh winter.

A strong performance was seen in China and India, which contributed significantly to growth in the Asia Pacific region. 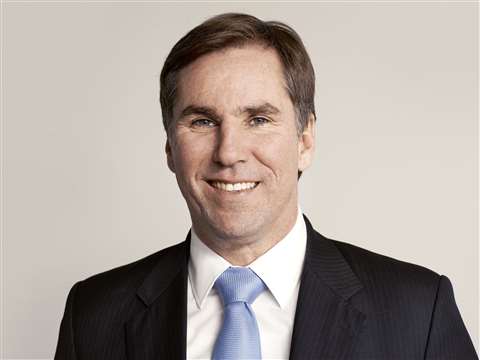 However, the Middle East and Africa underperformed, and although underlying demand was said to be good in Europe, the first quarter figures for the region were impacted by fewer working days and higher maintenance activity in preparation for high season growth, as well as the adverse weather.

Jenisch said, “Though the quarter was affected by several headwinds, we expect the strength of our portfolio and the benefits of our new strategy to become increasingly visible over the full year. That makes us confident we will deliver on our 2018 targets.

“We are executing our Strategy 2022. Our new organisation is getting us closer to our markets and we are making good headway on simplifying our business, a critical factor in the future success of LafargeHolcim.”

The company confirmed its targets for 2018, saying that it expected net sales to grow by between three and five percent, and recurring EBITDA to increase by at least five percent on a like-for-like basis.

The environment for building materials was said to be positive across most markets in Europe.

Beat Hess, chairman of the board of directors of LafargeHolcim

Also, Beat Hess was confirmed as chairman of the company’s board of directors.