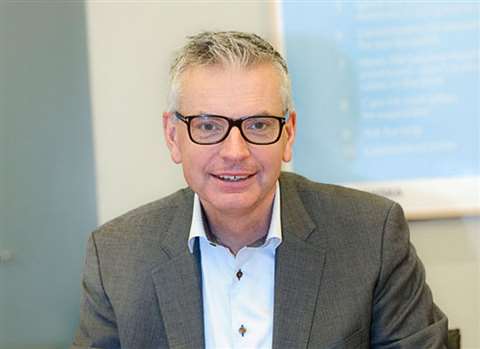 First quarter revenue at Swedish-based contractor Skanska rose to SEK35.3 billion (€3.80 billion), up from SEK34.1 billion (€3.67 billion) a year ago, which the company said showed an increase of 5% when adjusted for currency effects.

President and CEO Johan Karlström said that the revenue and operating income increases in the first quarter of 2016 were driven mainly by a strong performance within the commercial property development and residential development streams.

He said, “We have maintained a very strong financial position.”

Karlström added that in the construction business stream, profitability was affected negatively by incurring further claims on the same projects in the US civil sector that were provided for in 2015. This was said to be as a result of new, additional client design changes where Skanska provided for the estimated cost to complete but no revenue on the additional work would be recognised until a commercial agreement was reached.

“We continue to work intensely on this matter in order to restore profitability gradually, but given the magnitude of the design changes it will be a lengthy process.”

Karlström said that the normal seasonal pattern had hit earnings for some of Skanska’s construction units.

“This is especially apparent in Sweden and Central Europe,” he said, “due to the business mix.”

He said that profitability continued to improve in its residential development stream “as a result of our strong focus on project execution and the favourable Swedish market”.

He added, “Demand in Sweden is clearly stronger than supply, and in order to meet the demand, more land needs to become available for housing, and a more efficient permitting process is needed.”

“We currently have 46 ongoing projects,” said Karlström, “and our aim is to continue to expand this business by launching additional projects in the markets where we see good potential.”

In the infrastructure development stream, the value of the assets in the project portfolio increased during the quarter, said Skanska.

It said the overall construction market outlook continued to be positive.