Kobelco Construction Machinery (KCM), headquartered in Tokyo, Japan, held a ceremony at its Ogaki Factory in Japan to celebrate production of the 111,111th mini excavator to be produced at the factory. 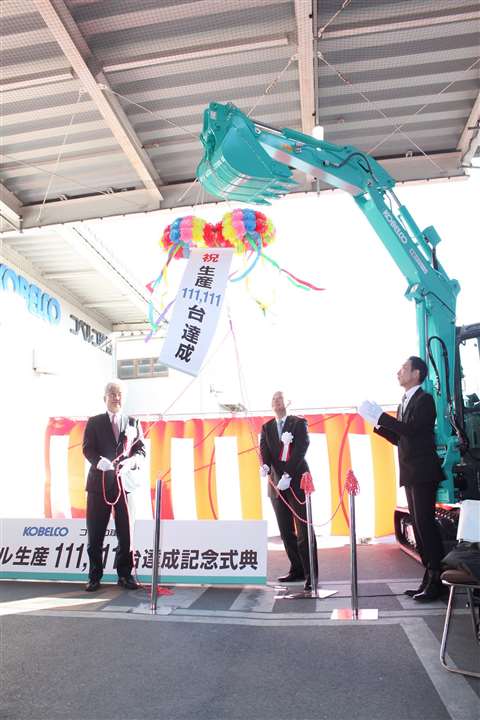 The 111,111th mini excavator produced at the factory

The ceremony was attended by about 400 people including guests, KCM executives, and employees of the Ogaki Factory. KCM produces the mini excavators for both domestic and overseas use at this factory.

Kobelco is one of the world’s largest construction original equipment manufacturers (OEMs). In the last Yellow Table – International Construction’s ranking of the top 50 OEMs by sales – the company was ranked number 17.

At the ceremony, KCM’s President and CEO Kazuhide Naraki said, “The cumulative production of 111,111 units is a milestone attained in strong headwinds.

“I would like to pay respect to the capabilities in development, manufacturing, sales, marketing, and services that our predecessors have established, and I would also like to recognise the efforts and hard work of employees by properly carrying on the legacy. I hope that you will continue to develop mini excavators that meet the expectations of customers around the world.”