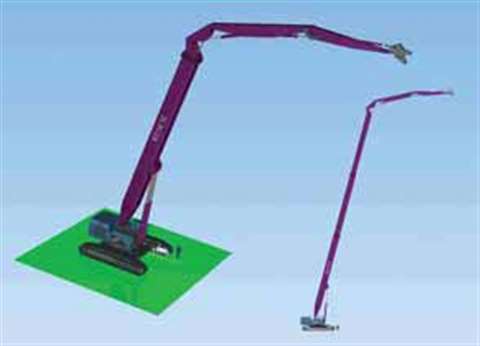 D&Ri has obtained a rendering of the giant 90 m (295 ft) high reach currently under development by Rusch, based on a heavily modified Cat 5110, for Dutch high reach specialist Euro Demolition The rendering shows the awesome scale of the design.

The machine concept is currently undergoing final verification, and assuming it passes through this phase successfully, fabrication should commence early in April. Completion is still expected to be by the end of this year. Once work is far enough advanced, D&Ri plans to visit Rusch and will report on this giant of the demolition world in more detail.