Heavy lift and transportation specialist ALE has completed the launch of the KRI Alugoro (405) submarine in Indonesia.

Weighing 1,331 tonnes, ALE transported the submarine from the fabrication shop to the quayside using 60 axle lines of self propelled modular transport (SPMT).

ALE then provided the winches and ballasting required to load-out the 61 metre long submarine onto a barge and sea-fastened it to the deck. 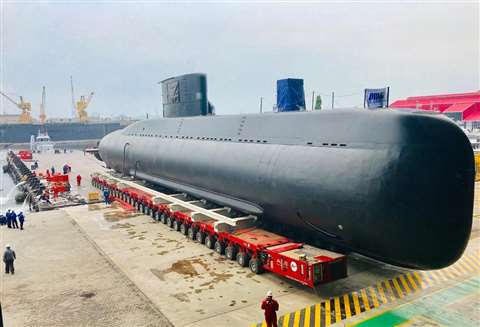 ALE towed the barge to a dry dock and then transferred it to a floating dock. The floating dock enabled the submarine to be repositioned before it was set down on a pontoon and then floated. It was then officially launched at a designated pier.

ALE said one of the project’s challenges was working within the tidal windows. The company operated both day and night shifts to facilitate efficient time management, and as a result completed the project more than four days ahead of schedule.

KRI Alugoro was the final vessel to be commissioned as part of a US€1.2 billion contract for three diesel-electric submarines, between Daewoo Shipbuilding and Marine Engineering (DSME) and the Indonesian Ministry of Defence. 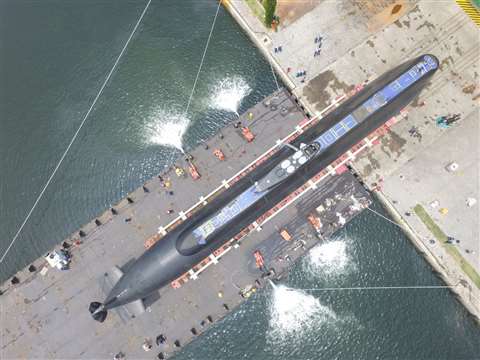