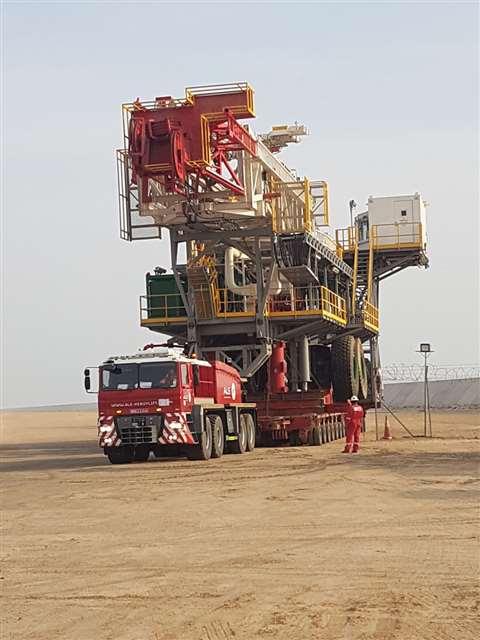 All the components were transported to site in six phases using conventional trailers and ALE’s Trojan truck.

The first phase involved jacking-up the rig components onto beams and stools, then performing the land transportation from Jebel Ali to the port. In consideration of the size and weight of the rigs, ALE had to find a suitable route for the cargo, which involved crossing one of the main highways (E11) which has the highest traffic flow as it’s the main road connecting Abu Dhabi with Dubai. ALE undertook extensive road modifications and preparations and worked with several parties involved to allow safe and undisruptive access.

Yasser Al Yasin, ALE’s country manager in Oman, said, “At 35 m long and up to 390 tonnes, the sheer size and weight of the pieces meant that we had to find a suitable route for the cargo from Jebel Ali Free Zone (phase 2 of the project) to Jebel Ali Port on the E11. This presented challenges and required advanced preparations of extensive road modifications as well as liaising with several governmental authorities and subcontractors in order to work cohesively.” 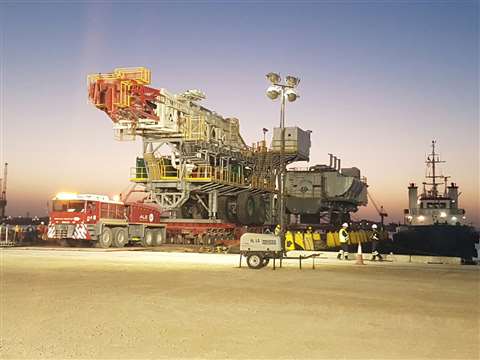 ALE started the project in March 2017 and completed it in June.