Demolition contractors and equipment suppliers have once again entered in numbers for the annual World Demolition Awards. 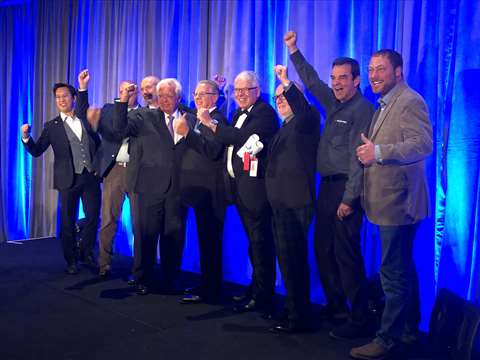 Award winners and presenters on stage at the World Demolition Awards in Chicago, USA

The awards are part of the World Demolition Summit and the entrants will be hoping to be shortlisted for the summit’s first fully in-person event in three years after Covid-19 forced the 2020 awards online and restricted last year’s attendance to North American companies.

The entries now go into a shortlisting process led by our international judging panel, with the shortlists to be announced next month.

There are 12 categories, plus a further two awards that will be presented on the night.