US-Norwegian start-up Kolos is planning to build the world’s largest data centre in the Arctic Circle. 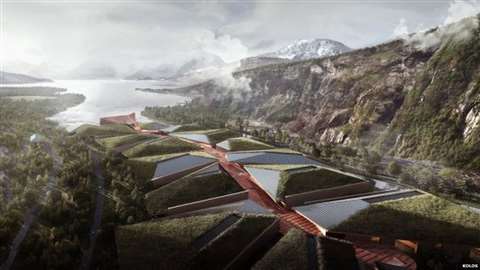 The 600,000 m2 facility in the Norwegian municipality of Ballangen is expected to be fully operational within ten years, at which point it will consume more than 1 GW of power.

The company says its power will be fully generated by sustainable means, from local hydro and wind energy plants.

The centre has been described as “a fortress for data” due to its remote location, with surrounding hills and a natrual moat of fjord water on three sides.

The cold climate in the region will provide natural cooling for the servers at the four-storey facility, allowing it to operate at a 60% reduction in energy costs, according to reports.

Mark Robinson, Kolos’ co-chief, said, “It’s quite literally the lowest power cost in Europe – and 100% of the power is renewable on one of the most stable grids in the world.”

Engineering and design company HDR is responsible for the structure of the Kolos facility, which is being supported by five local mayors, primarily as it is expected to support between 10,000 and 15,000 jobs in the region.