French contractor Bouygues Construction is part of a consortium selected to undertake tunnelling work on the new Melbourne Metro project in Australia. 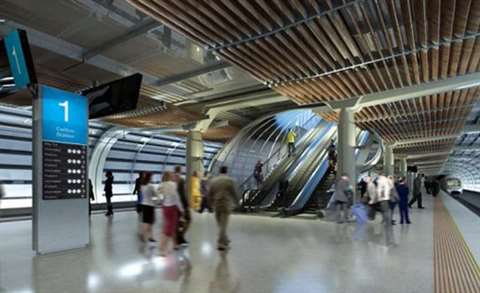 Along with Bouygues, the Cross Yarra Partnership comprises Lendlease Engineering, John Holland and Capella Capital, and will undertake design and build work on the $4.75 billion transit system.

The group will use up to six tunnel boring machines for the 9 km of Metro tunnels, as well as excavating three shafts, to a depth of 11 storeys.

The public-private-partnership Melbourne Metro project will include the building of five new underground stations, with the line expected to free up space to run more trains across the city.

Being reported as the biggest public transport project in the history of the state of Victoria, the state’s Premier, Daniel Andrews, said, “We don’t just talk about it – we’re building the train network Victoria needs and creating thousands of local jobs.”

Interview: Murray Vitlich outlines vision for Coates
Coates has dropped ‘Hire’ from its name as it focuses on increasing its engineering services

Australian Olympics could be delivered ‘on budget’
Brisbane Olympics and Paralympics in 2032 could come in on budget, says Australian Constructors Association
Latest News