US rental companies are scaling down their
purchasing this year in light of the economic
slowdown, although there is no consensus yet on
the extent of the cooling off.
US rental consultant Dan Kaplan, in his regular AEM
Advisor Rental bulletin, is forecasting that capital
expenditure by the top 10 rental companies in the US will
fall 23% to US$2.4 billion.
This view is supported by our interview this issue with
Don Ahern of Las Vegas based Ahern Rentals, who said he
would invest less this year. He told IRN that his business
continued to be very strong but that a slowdown in the
earthmoving sector suggested that other rental products
such as aerial platforms would be affected sooner or
later; “That’s why I’m not being very aggressive right
now. Whatever is 100% opposite of aggressive, I’m there
right now.”
Some manufacturers, however, remain optimistic. Tim
Ford, president of Genie Industries, told IRN that he was
anticipating a -5% to +5% change in the North American
aerials market this year. “In October I was very concerned,
in December I was concerned, and in February I am
cautiously optimistic,” he said.
Lighting tower manufacturer Allmand Bros, which sells a
lot of equipment to the US rental sector, told IRN that it is
forecasting a 2 to 5% increase in its North American sales
this year. Roger Allmand, the company’s chief executive
officer, said; “I think we’re going to have to work harder to
do the same business we did last year, but I think we’re in
a good position to do it.”
The American Rental Association (ARA), meanwhile, is
continuing to forecast rental growth in North America this
year, although the market is expected to “soften”. The
ARA’s latest ‘state of the industry’ report – launched at
the Rental Show – forecast that the market will grow over
the next five years at an average compound rate of 4.1%
between 2007 and 2012.
“We are looking at a soft patch here, there is no
question...[but] we are still expecting growth in the
long run”, said John McClelland, ARA’s vice president of
government affairs.
Mr McClelland said the US rental market could benefit
from an economic stimulus package that has just been
passed by the US Senate. The package includes tax benefits
for small and large companies that could encourage
capital investment by rental companies. “It provides a
very strong incentive to purchase new equipment”, said
Mr McClelland.
Projects Olympics Rental
Related Articles 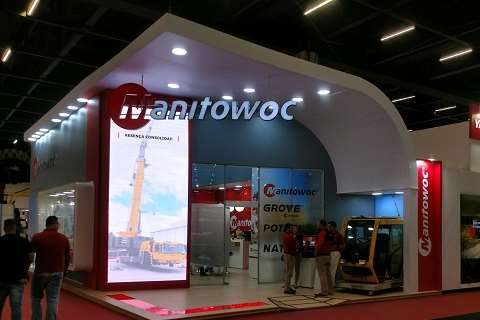