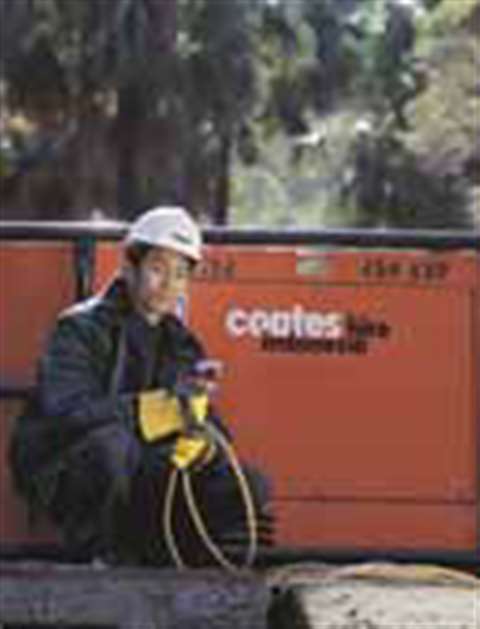 Coates has a fast-growing rental business in Indonesia.

Coates Hire has decided against a sale of the company and said its board unanimously decided that the bids received had “failed on price”.

Coates has been undergoing a strategic review since May this year when it was approached by some potential buyers. However, Coates chairman, Bill Cutbush, said bids undervalued the company; “Similarly, the bids do not reflect any appropriate synergy benefits that would be available, particularly considering Coates' leading market position and strong geographical footprint.”

According to the Australian Financial Review, one of the bids was a joint effort by private equity firm Carlyle Group and National Hire Group, which is Coates' largest domestic competitor. The same paper reported that Loxam of France had considered making an offer.

Mr Cutbush said the company would now turn “their full attention to value enhancing strategies and the pursuit of a number of strategic initiatives, building on the successful re-structuring of the business in fiscal 2007.”

Prime will retain its oil free and high pressure compressor rental operations, but sell the remainder of its rental business – comprising 2200 gensets, compressors, pumps, welders and lighting towers – to Coates for A$38,7 million (US$31,5 million). The sale includes four depots and 52 employees. Also as part of the transaction Atlas Copco will acquire Coates' fleet of oil-free compressors.

The sale is consistent with Atlas Copco's policy of focusing on industrial rentals and exiting the general/construction rental sector. The sale will close on 17 September.

Chief executive officer, Malcolm Jackman, said: “Amid mixed trading conditions, we have achieved a very solid result in the 2007 fiscal year… Especially pleasing are the year-on-year improvements in key margin ratios, with EBITDA and EBIT up to record highs of 41,7 percent and 22,85 percent respectively, reflecting on-going efficiencies in the business and improving economies of scale.”