Crane and transport events for 2014

International Cranes and Specialized Transport and KHL Group’s KHL Events division has announced four events for the crane and transport industry in 2014.

First in the calendar, on 24 April, is the 2014 ESTA Users Night, including the Awards of Excellence gala dinner and an evening of networking. The annual ESTA awards evening, organised on behalf of ESTA (The European Association of Abnormal Road Transport and Mobile Cranes) brings together the leading crane and heavy transport industry professionals in Europe. It is the most prestigious European event for all ESTA members, affiliated companies, end users and manufacturers working in heavy haulage, transport and the lifting industry.

The 2014 ESTA event will be held in Amsterdam, Netherlands. As in previous years, the jury’s results for the ESTA Awards will be announced and the awards presented to the winners in the various categories. ESTA will also present the Gino Koster Award as a lifetime achievement award to a person who has dedicated significant time and effort to the industry and achieved remarkable results that have helped the industry to grow and develop. There will be opportunities to meet and network with fellow professionals throughout the evening and after the dinner. The evening includes a hosted drinks reception.

Following soon after the ESTAs is International Cranes and Transport Turkey 2014, a full day conference and evening networking event for the industry in Turkey and the surrounding region of North Africa, the Middle East, South Eastern Europe and the “’stan” countries. First held in 2012, this second one will be held at the Marriott Asia Hotel in Istanbul on 8 May 2014.

International Cranes and Transport Turkey brings together international experts and top level speakers with major players in the region to focus on these and other key issues facing the crane and specialized transport industry. Sharing and comparing experience among leading industry peers in the unique environment created at this event can bring real reward in operating a safer and more efficient business.

A few months later and there is a move to Asia with International Cranes and Transport Asia Pacific, a full day conference and hosted evening drinks reception in Singapore on 30 September 2014. The Asia Pacific region contains some of the fastest growing economies in the world.

The region is forecast to account for more than half of the world economy in the next few years. This growth and the trend towards urbanisation is driving huge investment in infrastructure, high-rise construction and energy sector oil and gas development. In turn it boosts demand for cranes and specialized transport equipment, skills and services.

In focus are heavy duty foundation machines, tower cranes and large units for the offshore oil and gas industry.

Last but not least in 2014 will be the World Crane and Transport Summit in Florida, USA. The 12 and 13 November event in Miami will be the fourth time that the two day conference has been held. WCTS exists to offer thought-provoking presentations to help generate debate on key issues facing the lifting and project transport industry worldwide.

A key theme at the WCTS is the importance of global partnerships to achieve common requirements in lifting and transport. This includes work on harmonising standards worldwide and helping foster a positive approach to developing transferable world class standards in crane operations.

Among others in the industry, equipment end users, whether from a rental company, construction contractor or supplier of cranes and transport services, should have one or more of these events at the top of their agenda for 2014. 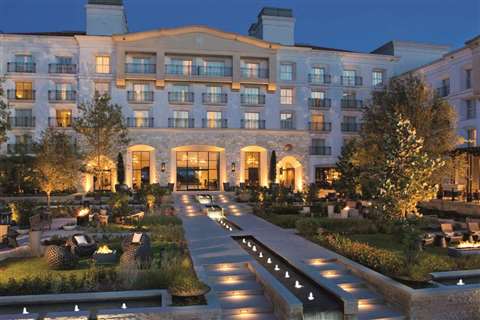