Austrian cable lift construction specialist Prommegger used a Palfinger PCC 115.002 crawler crane to remove nine old lift supports high up a mountain in the Gastein Valley, near Schlossalm, Austria. According to Palfinger, this is a job that usually requires the use of a helicopter due to the difficult nature of the terrain. 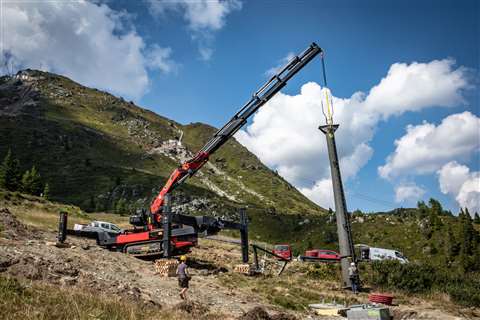 The crawler crane was driven by truck as far as the terrain would allow and then unloaded. It then made its own way up the mountain using its crawlers. It climbed up 800 metres and gradients of up to 40 % to a total working altitude of around 2,000 metres above sea level. Palfinger said the crawler crane can climb slopes of up to 60 % gradient.

When the crane arrived at the lift supports it had to position itself correctly and level out to compensate for the angle of the slope. Palfinger said the crane’s control over its support feet enabled it to be levelled to the nearest centimetre.

According to Palfinger, the crane did not negatively impact on the alpine ecosystem, leaving little sign of its presence - even after turning around.

“We have been thinking about using cranes in off-road terrain since 2009, almost ten years ago,” said David Prommegger, managing director of Prommegger. “And then during the Schlossalm project, we stumbled across the Palfinger crawler crane almost by accident. The crane functions as a real alternative to a helicopter. Furthermore, it doesn’t need any additional permits and you can work largely independently of the weather.

“The crawler crane will be useful for us in the future whenever we have large-scale projects coming up in an environment that is difficult to access. I’m thinking of road construction in the mountains, but also of the new high-voltage power lines. This project has a large construction site, where use of the crane would be ideal – particularly as there would be no time pressure because, unlike the helicopter, not every minute of use would be reflected in the bill.” 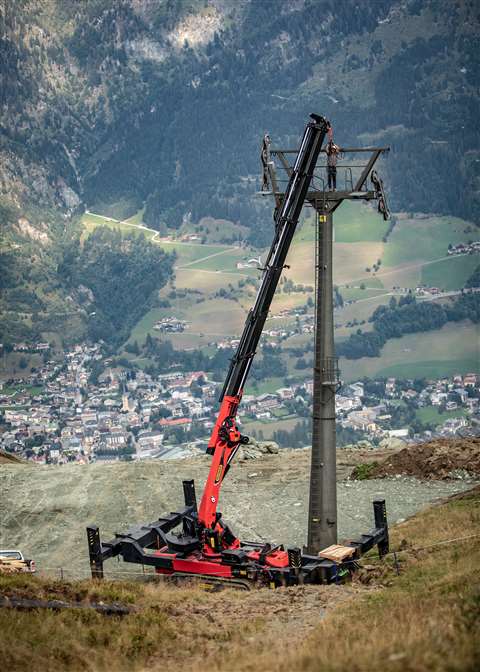