The European Bank for Reconstruction and Development (EBRD) has approved a €9.1 million loan to help fund the construction of a floating solar photovoltaic (PV) plant in Albania.

The state-owned utility firm, which generates around 70% of the countries domestic power, was granted the project finance loan based on the “breakthrough in innovative green technology” on the project.

Francesco Corbo, EBRD regional head of energy for the West Balkans, said, “We are delighted to support this groundbreaking project, which is another major step in Albania’s successful drive to boost solar capacity and improve its energy mix.

“The project is remarkable because of its innovative technology, positive environmental impact and commercial logic. It also has the potential to be replicated in the broader Western Balkans region, which has many hydropower reservoirs.

“This is our first opportunity to finance floating solar PV technology and we look forward to many similar projects in the future.”

According to the financial institution, the loan will be paid on a commercial basis to a special-purpose company owned and established by KESH for the construction of the floating solar PV farm.

The funds will also help KESH, which owns and operates three hydropower facilities in the country, become more “resilient to climate-induced risks in relation to hydrology and seasonality”.

The EBRD, which has to date awarded over €1.5 billion worth of loans to around 110 projects in Albania, has already made around €315,000 available to support the project’s preparation support.

This includes funds from the green economy project preparation and implementation framework, which is financed by both the Austrian government’s DRIVE Fund and from the TaiwanBusiness-EBRD Technical Cooperation Fund.

Besjan Kadiu, CEO of KESH, said, “The project is of special importance for KESH. It positions the company as a contributor to Albanian and global initiatives to invest in renewable generation using innovative photovoltaic technology that is compatible with hydropower generation.

“Although modest in size, the project holds opportunities not only for the further development of public generation assets on a strong commercial, technical and environmental basis, but also showcases the know-how that is required to operate a hybrid hydro-photovoltaic system. This is another great example of the ongoing partnership between the EBRD and KESH.’ 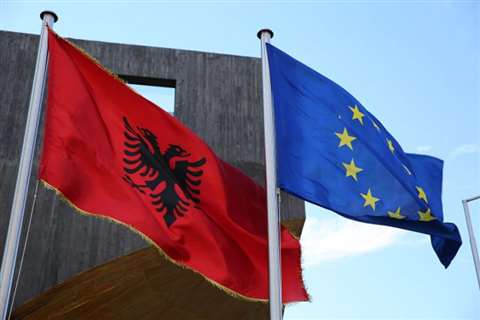