A change of status in the EU’s framework on machinery from ‘Directive’ to ‘Regulation’ will entail updates relevant to rental firms, according to the European Rental Association (ERA).

The draft machinery regulation – which could come into force as early as 2023 - covers new technologies such as artificial intelligence and cybersecurity.‎ 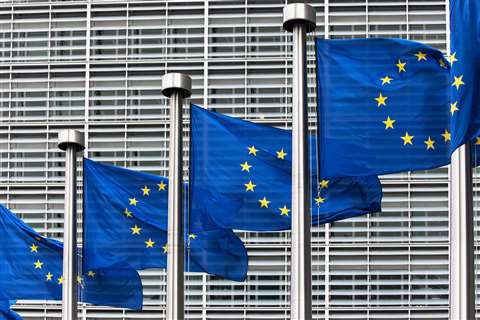 Caption: Flags of the European Union in front of the Berlaymont building in Brussels, Belgium. (PHOTO: Reuters / Santi Rodriguez / Alamy.)

It will also clarify definitions and scope relevant to rental; for example, distributors are defined as ‎anyone who places machinery on the market or puts it into service - which includes rental companies.

The regulation will ‎also update the list of high-risk machines - and it introduces the concept of “substantial modification” which defines conditions under which a renovated ‎machine is not considered a new or different one.‎

Another change relates to instruction manuals, with the regulation allowing for digital-only instructions, in a move designed to save costs for manufacturers and rental companies.‎

Sustainability requirements are not in the scope of the draft regulation, however.

The European Commission proposed to revise the EU Machinery Directive and replace it with ‎Machinery Regulation in April 2021; the move is expected to reinforce uniform application and implementation of the ‎legislation across the EU.

The Directive - established to ensure machines are designed and manufactured for safety in “normal use” and to ‎‎eliminate the need for additional checks if the piece is moved to another EU member state - has to be transposed into national law to be implemented in each EU member state.

By contrast, “EU regulations are directly applicable across the EU without national transposition. ‎They have binding legal force throughout every member state and enter into force on a set date in all member ‎states,” a statement from ERA confirmed.

It is understood regulation ‎could enter into force as early as 2023, after which there will be an additional 30 or 48 months before it is applied.‎

ERA confirmed its Technical Committee is proactively following the issue of Machinery Regulation.