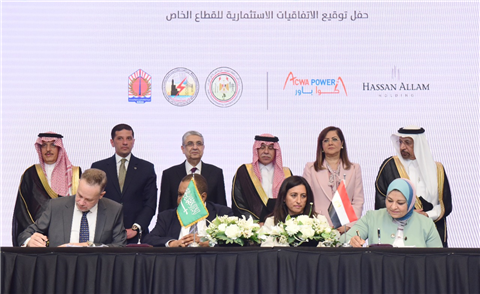 ACWA Power and Hassan Allam executives, along with Egypt’s government ministers for Commerce, Planning & Economic Development and Electricity & Renewable Energy, gathered in Cairo at the headquarters of the Egyptian General Authority for Investment and Free Zones for the project’s signing ceremony. (Photo: ACWA)

A consortium led by Saudi Arabian energy company ACWA Power is to build a US$1.5 billion onshore wind farm in Egypt that will be capable of providing electricity for over a million households.

ACWA and Hassan Allam – one of Egypt’s leading construction and engineering companies – will construct the new facility in the Gulf of Suez’s Gabal el Zeit area, to the south of Cairo.

Described as an important milestone in the decarbonisation of Egypt’s energy sector, the facility will have a maximum capacity of 1.1GW and will feature wind turbines with blade heights of up to 220m.

Mohammad Abunayyan, ACWA Power Chairman, said, “With sustainable development at the top of the agenda for both states, progress cannot be made without concerted efforts in expanding infrastructure that is underpinned by renewables.

“This wind project demonstrates a commitment to realising a greener tomorrow, despite global economic volatility, and we look forward to working with like-minded partners for a positive future.”

With completion currently set for 2026, it is estimated that the facility “will mitigate the impact of 2.4 million tonnes of carbon dioxide emissions per year”.

Egypt, which is to host the United Nations Climate Conference (COP 27) later this year, is seeking to diversify its energy supplies in an effort to reduce its carbon emissions – something which has likely been accelerated by the significant impacts of the war in Ukraine.

The country has close trade ties with both Ukraine and Russia, relying heavily on imports of energy, cooking oil and food products such as wheat.

Mohamed Shaker El-Markabi, Egypt’s Ministry of Electricity and Renewable Energy, said, “The Ministry of Electricity and Renewable Energy is taking concrete actions to ensure the resilience of our energy strategy, because of the escalating changes that the world is witnessing, which aim to increase the contribution of renewable energy to up to 42% by 2035.”

Over the coming months ACWA, which already operates two solar power facilities in the country, and the utilities division of Hassan Allam will work to secure the full financing for the energy project and complete site studies. 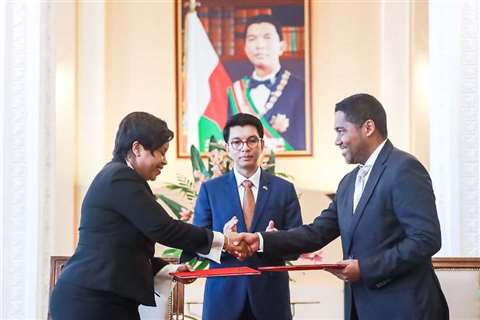