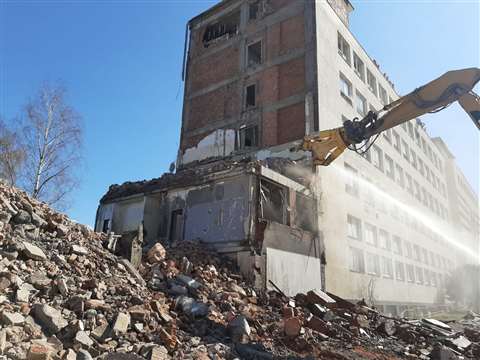 The CB 4500 is suitable where noise is an issue

Offering cracking forces of up to 190 t depending on the model, they are equipped with two independently moving jaws that eliminate displacement force, thus lowering stress levels. Cutting blades are both replaceable and reversible.

A feature on all CB Concrete Busters is 360° endless hydraulic rotation, which allows precise handling and optimal positioning. If the cutter grips the material at an oblique angle a built-in pressure relief valve allows a “self acting movement” that brings the cutter jaw into the ideal position. This valve effectively protects both the carrier and the cutter from potentially damaging reaction forces.