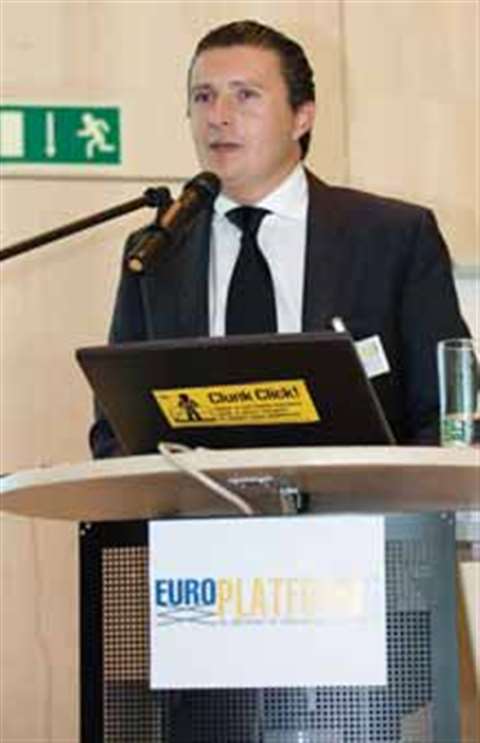 Access equipment manufacturers may in future be forced to play a far greater, long-term role in the rental business because of the financial weakness of rental companies and the burdens being placed on manufacturers, said Pierrick Lourdain, Haulotte Group sales manager, at the Europlatform conference.

Mr Lourdain said manufacturers could be prompted to act because rental companies did not have the financial resources to fund the necessary investments in the coming years - he said renters will be able to self-finance 15% of the required funding over the next five years - and because there were likely to be a lot of bankruptcies among rental companies in the coming years.

“There are financial commitments that will carry on [after the company failures]…manufacturers will be involved at that stage”, said Mr Lourdain.

He said manufacturers faced a situation where they finance or guarantee up to 45% of new equipment sales; in which rental companies are unable to adequately fund their growth; and where, because of consolidation, they were increasingly exposed to a small number of large rental customers. In addition, he said renters were responsible for 65% of all end-user sales, giving them a major share of a big market.

Mr Lourdain said manufacturers had a number of strategic choices. In the short term they could buy failing rental companies, restructure them and sell them at a profit. Second, as a medium-term strategy they could retain these acquired companies and use them to better manage the trade in used machines and give access to end user sales. Mr Lourdain gave Haulotte's acquisition of UK Platforms as an example of this.

A third option would be to establish a long-term strategic investment in rental. Mr Lourdain said such a strategy would offer several advantages. It would reduce exposure to financial risk; offset the reliance on the rental consolidators; give access to the end-user sales market and reduce the reliance on construction; and provide the opportunity to develop immature rental markets. (See Table 1.)

“The long-term strategy is not the way we want to go”, said Mr Lourdain, “If in the end it is the only opportunity to develop a profitable business, we will have to do it, but it's definitely not our strategy.”

The ideal situation, he said, was one in which manufacturers designed and built machines, rental companies provided a global service covering all the needs of end users, and where independent funders assumed the financial risk on equipment.

“If we remain in a situation where we are still exposed to rental consolidation…we will, I think, suffer as a manufacturer”, said Mr Lourdain.