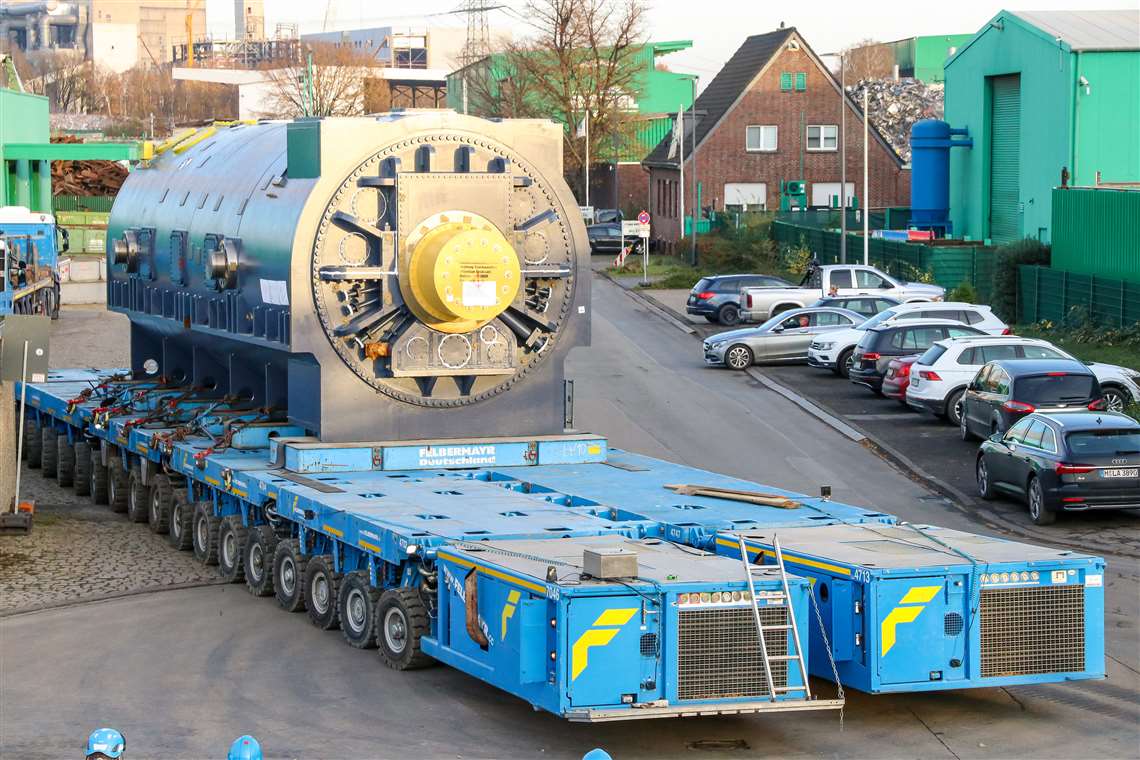 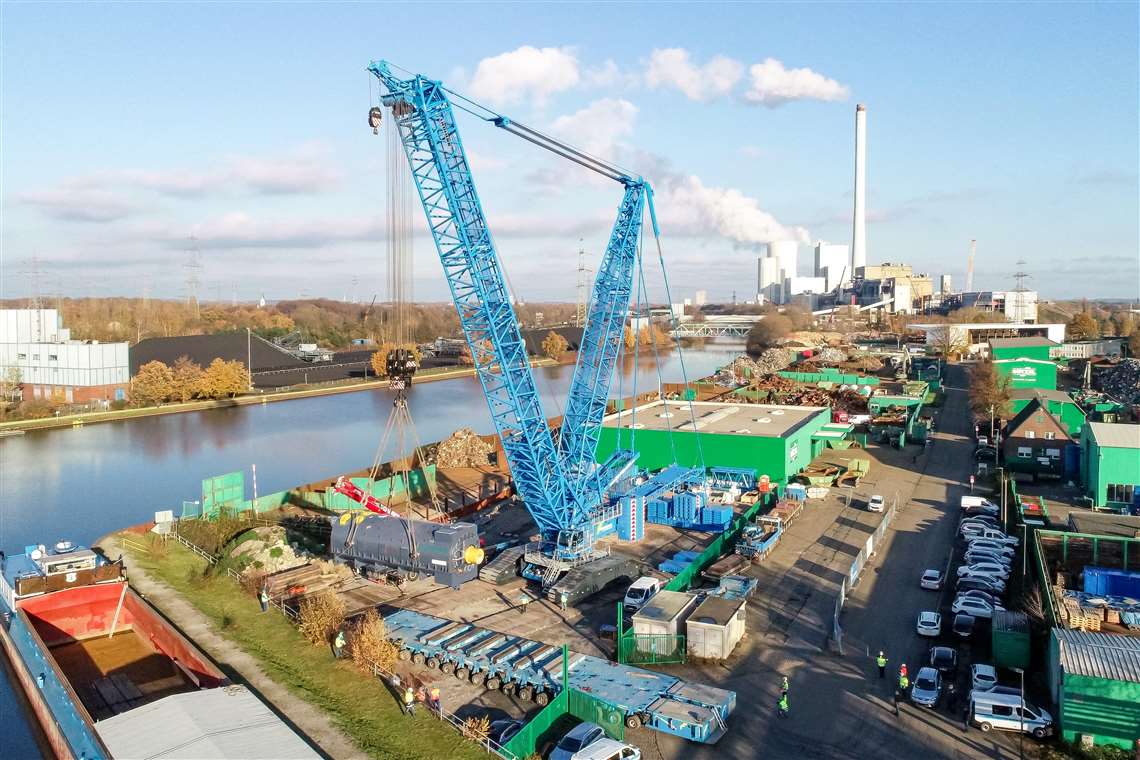 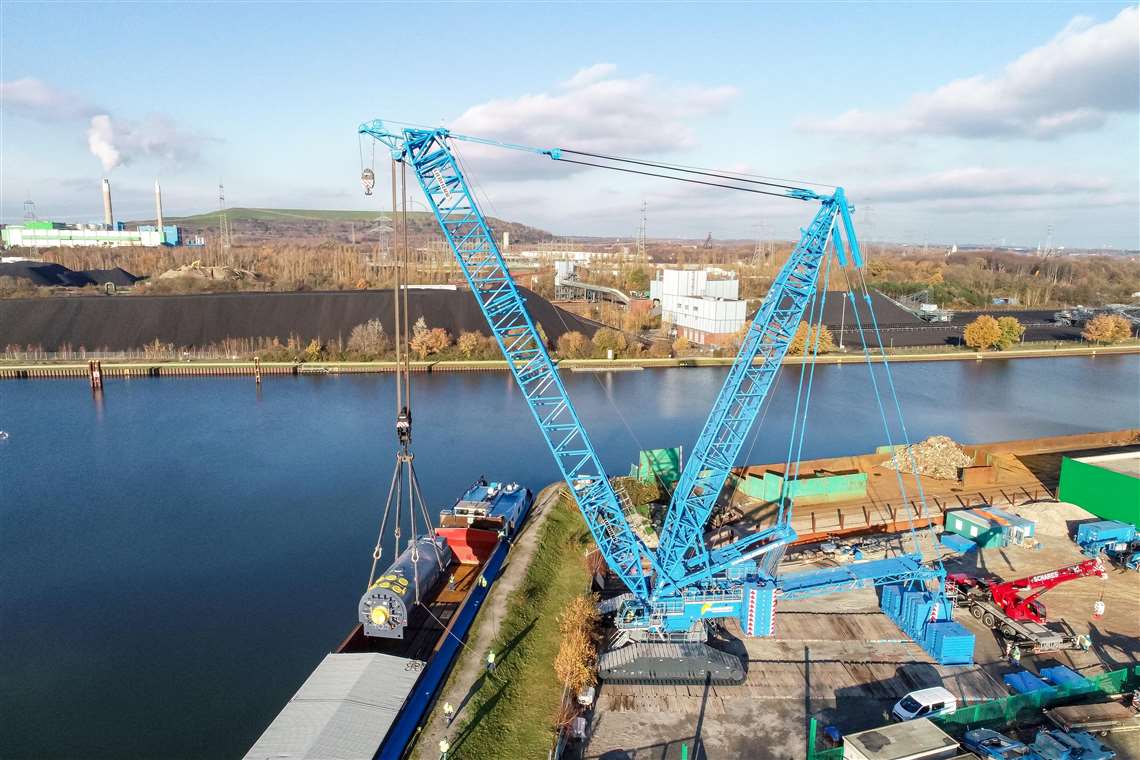 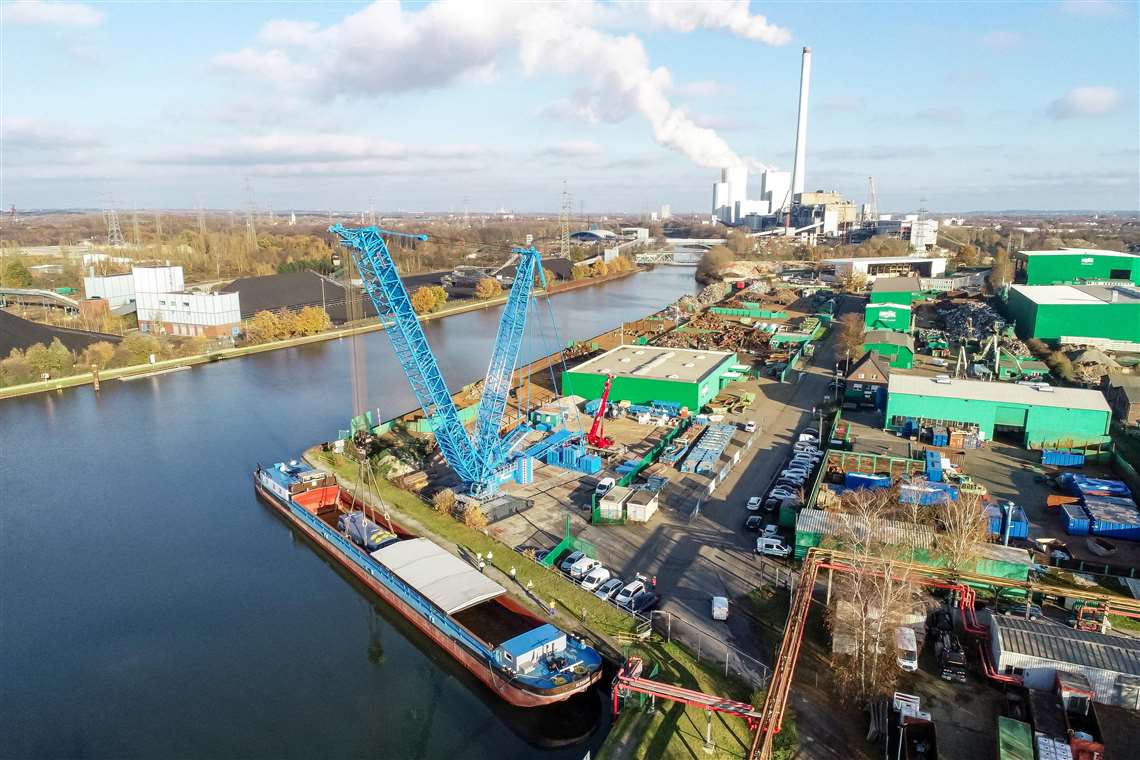 The new 1,000 tonne capacity LR 11000 lattice boom crawler unloaded a 450 tonne generator from a barge at Herne, Germany. It then placed it on Scheuerle self propelled modular transporter (SPMT) for onward travel to a nearby power station as part of an extension project.

Felbermayr transported the new crane to the assembly site in the Ruhr region of North Rhine-Westphalia, on the bank of the Rhine-Herne Canal, a 45 kilometre waterway built in the early 19th Century.

To hoist the generator out of the vessel and place it on the SPMT, the LR 11000 made use of its pick and carry ability as it had to reverse 20 metres with the full load on the hook. That allowed the two linked rows, each of 18 lines, of SPMT to be moved in front of the crane. The crane then lowered the 450 tonne load onto the SPMT.

While the crane’s set up and dismantling took several days the actual hoisting work was completed in rather less time. Immediately after the barge had tied up in the port at noon, the load was hooked to the crane and by 14.30 hours it had been lowered onto the SPMT.

The project to expand a gas and steam turbine power plant was just 2 km away from where the barge had tied up, Liebherr said. On arrival the SPMT was unloaded using the power plant’s own crane.