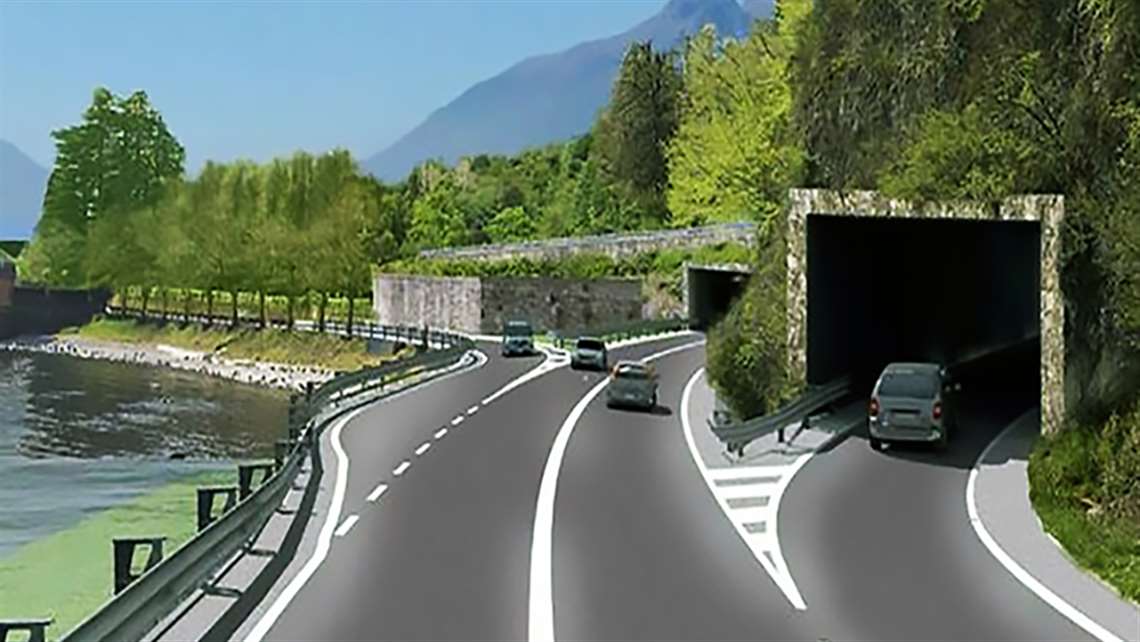 Impression of the proposed Tremezzina tunnel in northern Italy

A consortium of Fininc and Sacyr has been awarded a €388 million contract to build state road 340, a 9.5km bypass in Italy’s Como province.

The scope of work includes the construction of three 11.6m-diameter tunnels with a total combined length of almost 8km: Comacina, will run to 3,489m in length; Tremezzina to 2,568m; and Perlana to 1,908m.

Each of the tunnels will be constructed primarily through rock, resulting in an anticipated five-year duration for the project.

The SIS consortium is also nearing completion of its work on the €2.6 billion Pedemontana-Veneta highway, one of the largest road infrastructure projects currently underway in Italy.