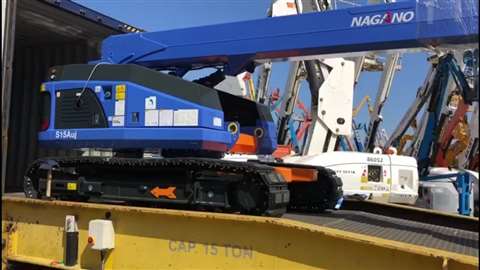 In July, the tracked boom lifts were delivered to distributor Pfeifer Heavy Machinery, in the Netherlands and from there to new owners. And, last week a delivery of the machines arrived at the manufacturer’s second official distributor in Europe Vertimac. Pre-delivery checks on the machines have been made and they are en route to customers.

Previously, Negano had been the OEM for Aichi’s tracked booms sold in Europe until it ended the contract in 2016, after which it decided to go it alone. while, in Japan, the company has always sold its equipment using the Negano branding. 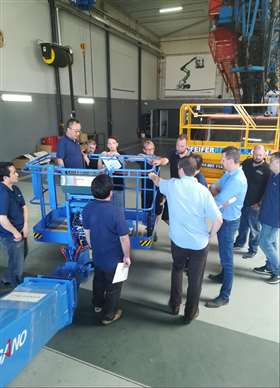 Technical staff from Nagano visited Pfeifer heavy machinery to provide two days of intensive training on the equipment. “Nagano put after sales support top on our list of priorities,” a spokesperson, “That is why we have been busy giving technical training for our dealers. They are fully up to speed with Nagano machines and able to give the top levels of customer support.”