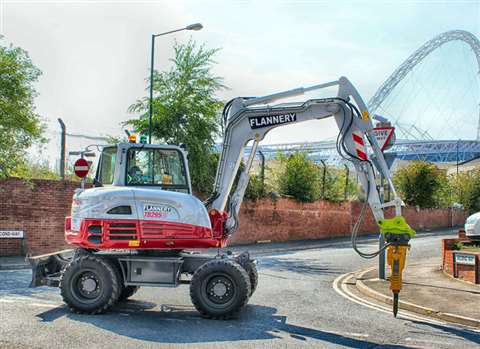 The company said the deal took its fleet to more than 1,600 machines. The UK rental firm expected the new units to be used on a number of projects, including rail, highways, utilities, Cross Rail and Environmental Agency works.

Patrick Flannery, director of Flannery Plant Hire, said the investment in Atlas Copco was to ensure the quality and reliability of its fleet.

“It is very important that there is no down time as it leads to greater customer satisfaction. You can have the best machine in the world, however if the breaker is not up to scratch it lets the machine down,” he said.