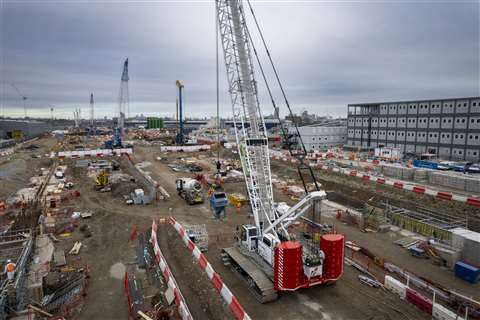 Three fully electric crawler cranes have been deployed on two HS2 construction sites in the UK.

The giant machines each feature an electric engine, a high-capacity rechargeable battery and a power cable, which together enables the cranes to be used while ‘plugged’ or ‘unplugged’ from a mains electric supply.

HS2 Minister, Andrew Stephenson, said, “HS2 is paving the way for greener and cleaner practices by working towards being net zero carbon from 2035, having diesel-free construction sites by 2029 and committing to trains running on zero carbon energy from day one.

“Having the UK’s first fully electric crawler cranes begin work on HS2 is the latest step in making these commitments a reality and aligning the country’s biggest infrastructure project with the Government’s ambitions for a greener transport.” 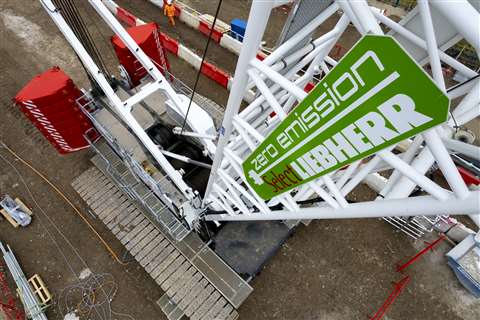 The giant machines each feature an electric engine, a high-capacity rechargeable battery and a power cable. (Photo: HS2)

The larger Liebherr LR1250E model and one of the LR1160E cranes were recently delivered to HS2’s Old Oak Common site in West London, which is run by the Balfour Beatty, VINCI SYSTRA joint venture.

The two cranes, which incorporate a self-assembly and self-loading system, are being used to construct the 850m long Old Oak Common Station box, which will house six high-speed rail platforms.

“With only five of these fully electric cranes in the world, we are pleased that two are now operational on our site; testament to the commitment we have made alongside HS2 and our partners to support the UK’s transition to Net Zero.” 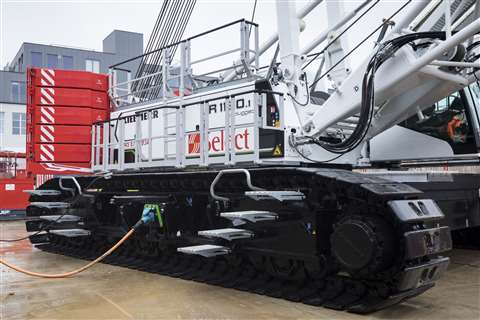 Managed by joint venture contractor Skanska Costain STRABAG joint venture (SCS JV), the crawler is now being used to help build one of four structures that will provide ventilation and emergency access to the high speed rail line for the 4.5mile long Euston Tunnel between Euston and Old Oak Common.

Robert Lockwood, Air Quality Lead at SCS JV, said, “We want to make the transition to electric plant wherever possible in order to reduce emissions and noise, which is crucial for both the environment and the communities around our sites.

“To keep the momentum going, we’re already looking to procure our second electric crawler crane for delivery in March 2022.” 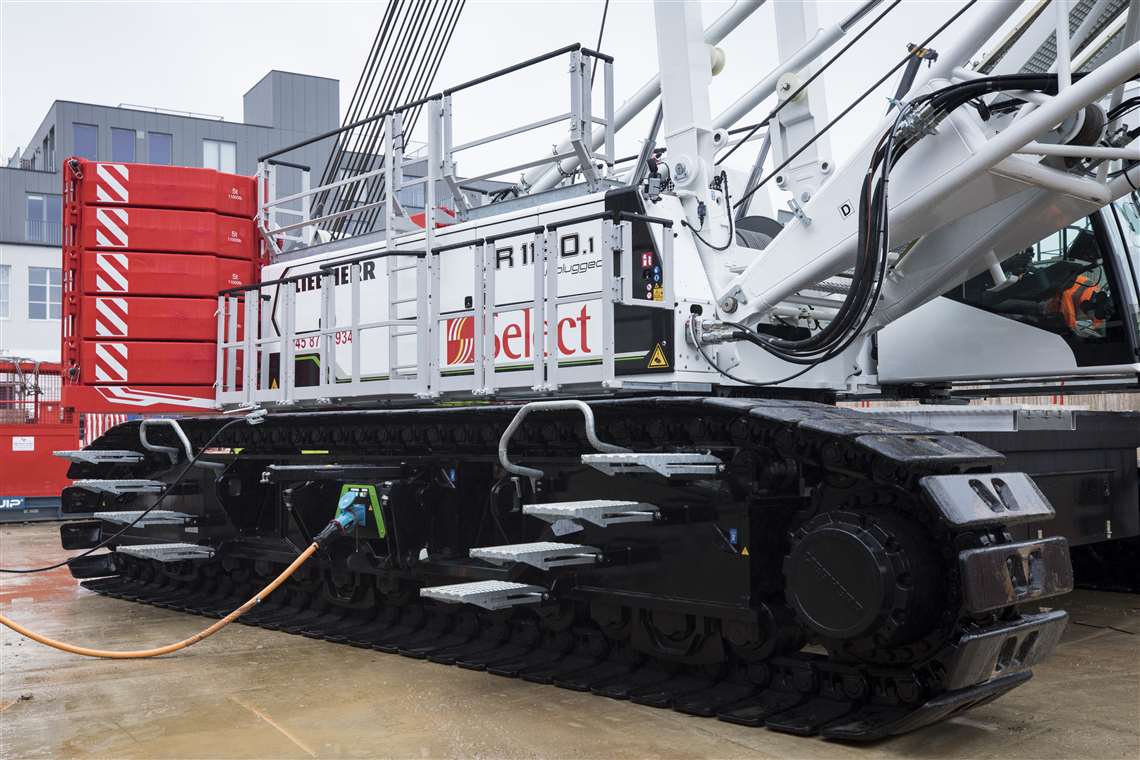 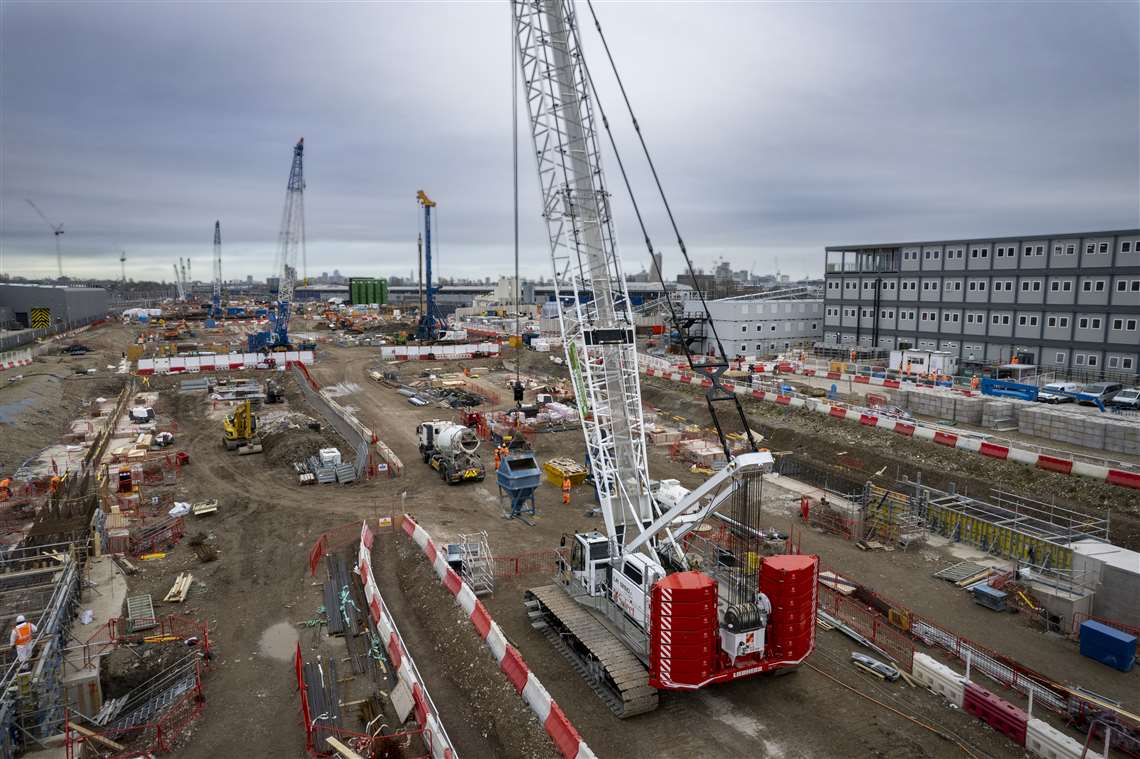 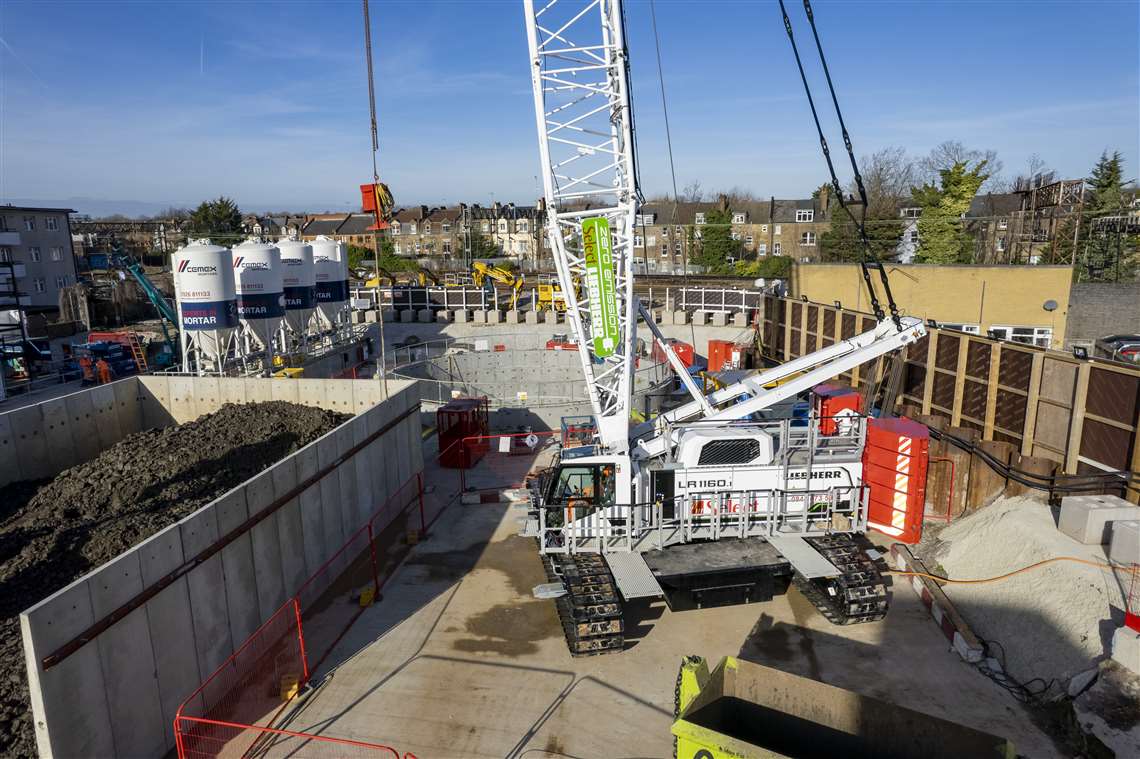 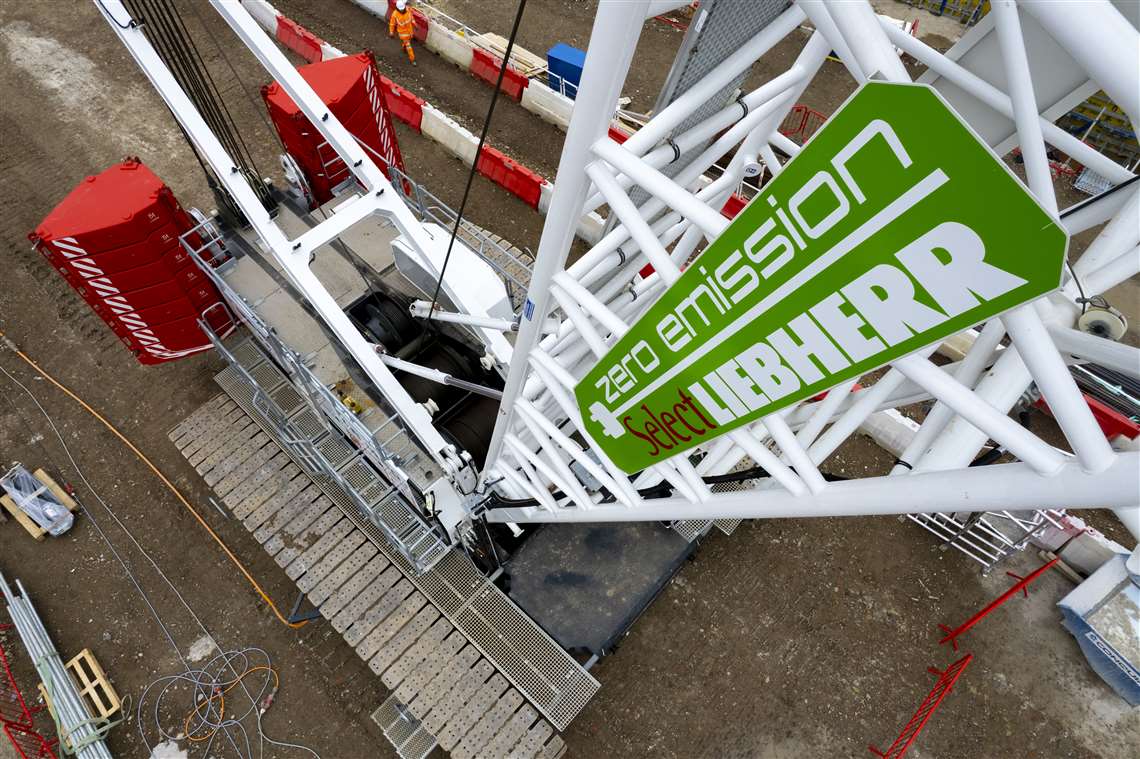 The giant machines each feature an electric engine, a high-capacity rechargeable battery and a power cable. (Photo: HS2) 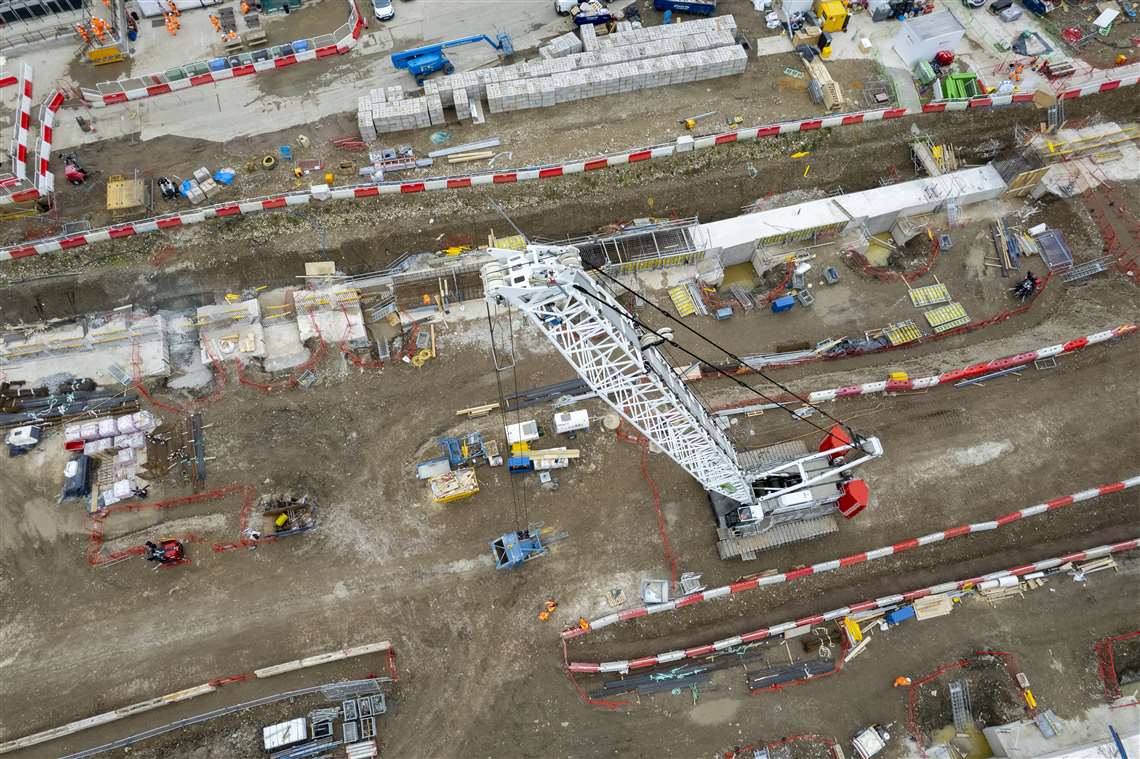