A group of eight companies within the aerial industry have filed a petition with SAIA (Scaffold & Access Industry Association), the secretariat for the American National Standards Institute (ANSI) A92 series of standards, to end the appeals process and publish the standards on March 1, 2020. 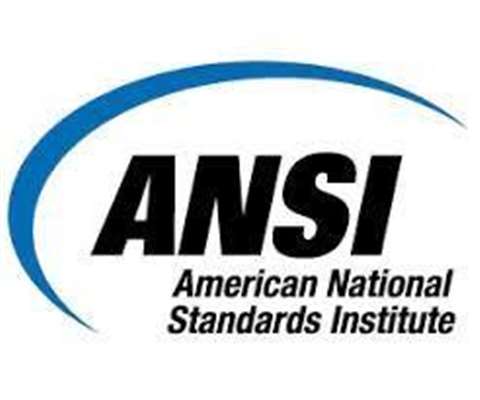 Previously slated to go into effect in December of 2019, the ANSI A92 suite of standards, which cover updated guidelines for safety and training for aerial work platforms, were postponed until March 1, 2020, following two appeals made in the spring of 2019.

Tutus Solutions and the American Rental Association (ARA) appealed separate parts of the standards, with the ARA opposing the Manual of Responsibilities (MoR) portion and Tutus Solutions opposing that additions to a mobile elevating work platform (MEWP) cannot be made without the manufacturer’s permission.

At a meeting in Kansas City, Oct. 27-30, language within the standards was called upon to be changed, causing another delay and sparking frustration among stakeholders, including manufacturers that have worked diligently to be ready for the standards to go into effect.

The petition, which was filed on Friday, Feb. 14, was signed by Genie, a Terex brand; JLG Industries; Brent Hoover LLC; Skanska, USA Inc.; Evulich and Associates; SEA Ltd.; the Association of Equipment Manufacturers (AEM); and Associated Builders and Contractors (ABC). It states the following:

“As leaders in the construction and access equipment industry, we must all continue to drive the importance of innovation and safety across our end markets. Ongoing delays in the effectivity of the ANSI A92.20, .22, and .24 standards are causing unnecessary disruption and confusion in the aerial industry in the United States and in the global markets that adhere to these standards, as well as concerns over the impact that such delays will have on the users of the products to which these standards apply. Moreover, the appeals process used during standards promulgation, which lacks sensible procedures that allow for a finite timeline, has also contributed to the failure to formally implement the latest standards. While we understand and appreciate the grounds for the appeals that are currently being considered by SAIA, the continued ambiguity around the updated standards and their timing are negatively impacting the industry and must come to an end.”

The statement continues, “Pursuant to Section 8.5 of ASC A9 – Aerial Platforms Committee Policies and Procedures for the Development of American National Standards, we hereby request that the ASC A92 Main Committee issue a letter ballot to make the above standards effective no later than March 1, 2020. Further, in the event the March issuance date is not adhered to, pursuant to ANSI Essential Requirement Annex B: Procedures for the Development of a Provisional American National Standard (“ANS”) or a Provisional Amendment to an ANS, we hereby demand that you immediately proceed under the authority of the above-cited requirement to make the above standards provisionally effective as of March 1, 2020.

”Finally, we demand that the SAIA and ANSI Board of Standards Review take immediate action to establish and implement new procedures going forward to better define the timing and implementation requirements for any new future standard and the resolution of any corresponding appeals.”

Matt Fearon, Genie president, Terex AWP, noted his frustration over the continued delay in seeing the standards go into effect.

“We must all continue to drive innovation and safety across our industry in a coordinated way. We want the appeals resolved and new ANSI A92 standards to be effective on March 1, 2020, with no further delays. As an industry, we’ve invested significantly in our product line, standards together.”

He added: “The continued delay in issuing the ANSI A92 standards has caused significant disruption and confusion for everyone in the industry. On behalf of aerial equipment manufacturers, owners and users, we are petitioning SAIA to ballot the ANSI A92 committee members to ensure the new standards are issued on March 1, 2020, and that the appeals process is reformed.”

“We’re disappointed with ANSI and associated bodies that they can’t bring something to market that they’ve said they would for years,” he said. ”When you have an industry that’s tooled up – and that doesn’t happen overnight – and leaning forward and training, to have these air gaps because of a process gone mad, it’s frustrating.”

In an official statement, JLG noted the extensive work the company has done in getting the new standards written and approved.

“JLG has worked to support the Association and its new standards, and has invested in helping educate the industry about the forthcoming changes since early 2017. Our hope is this action will bring finality to the current appeals, create a long-term structure around the appeals process and result in the publication of the new standards,” the statement reads.

Meanwhile, two new appeals were made to the standards in January, further complicating the timeline for the standards which were originally approved in November 2018.

“If we don’t allow due process to appellants, the standards could be pulled and thrown out by the the ANSI Board of Standards Review,” she explained. “No one wants to see that happen. No one wants to start over on this.”