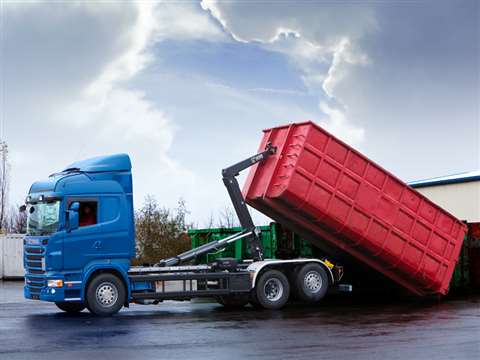 On-road load handling equipment provider, Hiab, part of Finnish cargo-handling corporation Cargotec, has announced it has won a major additional order from Scania Finland to supply 69 Multilift XR21Z hooklifts and 7 HIAB X188 cranes to the Finnish Defence Forces. According to Hiab, the value of the order is around EUR 2.5 million and it has been booked into Cargotec's 2017 first quarter order intake. The additional order follows one placed in 2014 that Hiab says had a value of approximately EUR 6.4 million.

According to Hiab, the Finnish Defence Forces is continuing to renew its equipment and is now using the remaining options in its original request for tenders. “The equipment we have delivered to the customer has met its expectations, due to which our cooperation with Scania Finland continues to prosper,” said Tom Suomela, Head of Hiab Sales, Finland. “Deliveries for the latest order will commence this year and will be completed in the first quarter of 2018."