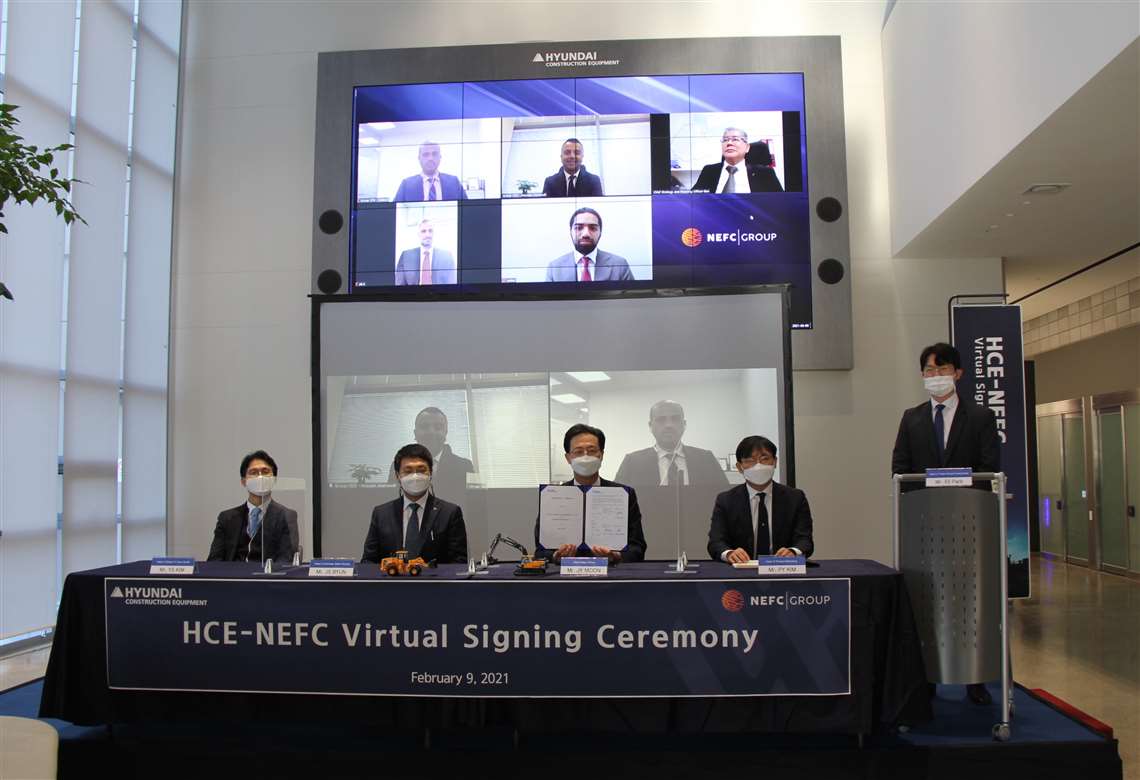 Hyundai Construction Equipment (HCE) has announced that it will be increasing its focus on the East African market through the signing of a distributorship agreement with NEFC.

Ethiopia-based NEFC operates many businesses such as construction, mining, hospitality and  aviation. The company – owned by Mohammed Hussein Al Amoudi, one of the richest businessmen in the world – has a dealer network that includes the countries of Ethiopia, Djibouti, Somalia, Somaliland, and South Sudan.

Through the agreement, HCE intends to supply excavators, wheeled loaders, backhoe loaders, motor graders, and forklifts. In a press release the company also said that it would strive to meet customers’ needs in that part of the world with focus on diverse solutions and educational sessions provided to teams in charge of sales, services, and parts.

The two businesses agreed to sign the agreement online to overcome the difficult situation caused by Covid-19. The chief sales officer of HCE , Mr. Moon, Jae-young signed the agreement in Korea, and Mr. Hussain Al-Amoudi signed it in Ethiopia. Each then showed the document that each signed to the other, and the image of Mr. Hussain Al-Amoudi was included in the background of the photo taken of Mr. Moon using a special technology.

“We expect to increase our market share in East Africa considerably by teaming up with NEFC, which is exerting a great influence there. We hope that teaming up with an influential business there, along with the expansion of customised service, will incessantly develop the East Africa market,” said Mr. Moon, CSO of HCE.