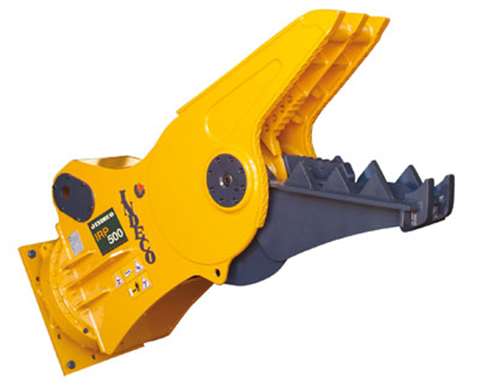 Indeco has added two new models to its range of demolition attachments in the shape of the IRP 500 rotating pulveriser and the Multi 1250 multi tool.

The former weighs in at 900 kg (1,980 lb) and is designed for use on 10 to 20 tonne carriers. It features a jaw opening of 560 mm (22 in) and is Indeco's smallest rotating pulveriser. According to the company, it has been designed to provide the greatest possible breaking power, with optimum performance coming when it is used in optimum combination with excavators weighing 12 tonnes to 18 tonnes.