First called Intermat in 1988, the Paris, France, exhibition was originally conceived as a platform for construction equipment players not just in France but across Europe and beyond.

Taking place every three years since then, Intermat’s reputation has grown as an international show that brings together construction professionals from around the world.

The exhibition currently hosts about 1,500 exhibitors from 40 countries, and the most recent show in 2015 attracted 183,000 visitors from 167 countries.

As economic, societal and environmental conditions evolve, and the behaviours and expectations of citizens shift, the construction industry must continue to deliver on ambitious development objectives. By providing the tools to learn about and opportunities to network within the industry, the exhibition aims to help the construction and infrastructure sectors respond effectively to these changes in the market. 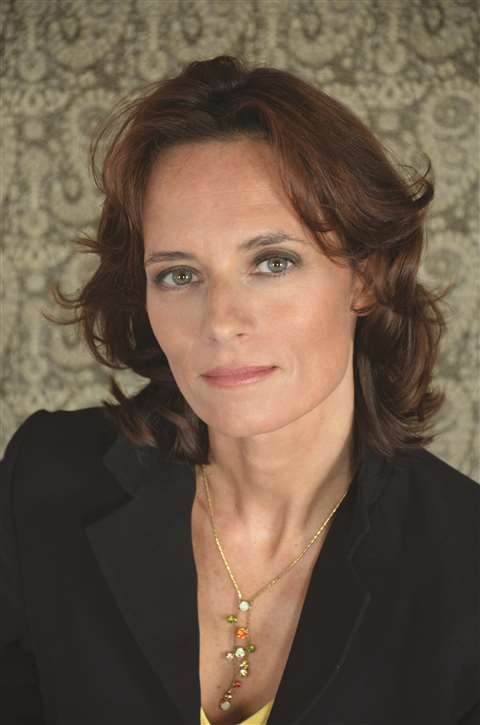 Alfano is keen to keep pace with the changing times

Isabelle Alfano is the new director of Intermat – the exhibition in April 2018 will be her first as director – and she is keen to keep pace with the changing times.

Under the banner of renewal, Alfano has made some important modifications to Intermat.

First, she has chosen to approach the market differently by putting greater focus on the EMEA (Europe, Middle East & Africa) region. In order to attract more visitors from these areas, Intermat has been actively promoting the show in the EMEA market by going on tour.

She said, “The way we do it is, rather than having press conferences, we have meetings with the industry and we gather journalists, contractors, federations and exhibitors, and we explain what Intermat will be.

“We also have speakers at these events, who give content and perspective to these different countries, explaining what the market will be like over the coming years.”

Another change to the show is the way in which it has been organised. With a view to creating distinct hubs of expertise,

It is thought that this should make it easier for visitors to navigate the exhibition, since they will be able clearly to identify the areas they are interested in.

This has also fed back into the way in which the show has been promoted – a targeted approach has been taken, attending to each particular sub-sector separately.

For the first time, Intermat has produced what was said to be a unique document – the Construction Observatory.

This comprehensive study of 150 construction projects is being given out during Intermat’s promotional tour, and will also be distributed to exhibitors during 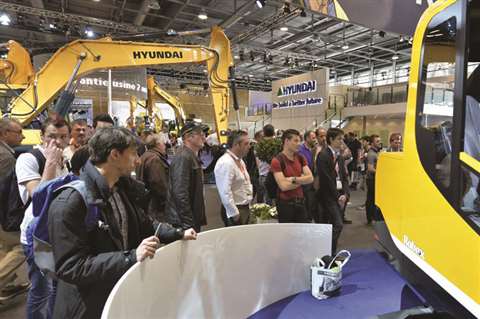 Intermat hosts about 1,500 exhibitors from 40 countries

Both exhibitors and visitors will also benefit from a number of other resources, including lectures, round tables and the newly-introduced match-maker service.

The match-making is done through an online platform where visitors and exhibitors can connect and then organise meetings on site at the show.

This is just one of the ways in which the exhibition was said to work to facilitate profitable meetings that spark inspiration and innovations.

Another way that innovation is being promoted at the upcoming show is through the introduction of thematic villages that shed light on new technology.

As new technology is increasingly integrated into construction machinery and processes, and industry leaders are calling for the full-scale digitisation of the sector, it seems a good time for Intermat to be providing greater insight into this area. These villages will enable visitors to look beyond the hard facades of the big machines and see some of the new technology that is working behind the scenes.

This builds on Intermat’s history of championing innovation. The Intermat Innovation Awards celebrate the best in new technology for construction, selected by a panel of industry experts.

Alfano said, “We had over 100 products presented for this edition of the Intermat Innovation Awards, which is more than what we had for 2015, so it will be a good edition.”

The winners will be announced during an awards ceremony held during a gala dinner held in January.

“In the morning we will have panel discussions with rental companies and representatives of the different rental associations in Europe, and maybe from other countries in the world. They will talk about the evolution of rental activities, looking ahead 10 years.

“In the afternoon, we will have business meetings, including a match-making event specific to rental,” Alfano said.

“At Intermat, we already had the concrete equipment, but at World of Concrete we have the full line of the concrete industry. It is also very interesting because it brings new exhibitors and, therefore, a larger offering to visitors, as well as a lot of content because concrete is a very technical material, so there is a lot to say about it.”

Considering the context of Intermat 2018, the European construction industry is beginning to look up, and Alfano said the economic outlook in France was particularly positive.

“The indicators in France are good at the moment, with the Grand Paris Project and the Olympic Games, which have been confirmed for 2024. In 2018, it will be too soon to see the impact of the Olympic Games, but it will definitely create a positive atmosphere, encouraging business to come.”

The upcoming Intermat exhibition will take place in Paris, France, between 23 and 28 April, 2018.

There will be a greater focus on the EMEA (Europe, Middle East & Africa) region this time