It was mostly tower cranes in the limelight at the Intermat show in Paris last month. ICST reports

A total of 173,300 visitors attended the Intermat show in Paris, France, in late April, with the organisers claiming that it was held “amid clear signs of economic recovery and in a distinctively business-conducive climate”.

Visitor numbers were slightly down on the 183,000 at the previous 2015 event, but this year’s total was achieved in spite of industrial action which affected France for several days during the week of the show. Of the total visitor numbers, show organiser Comexposium said that 30 percent were from 160 countries outside France.

Intermat organiser Comexposium described it as a “lively and vibrant event, confirming the growth perspectives of a sector driven by innovation and which has set its sights firmly on the future”.

In terms of the 1,400 exhibitors, while some were notable by their absence, the overall balance among the cranes was a leaning towards tower cranes. This might have be expected as France is traditionally a strong market for this type of crane and several major projects requiring large numbers of tower cranes are underway, including the Grand Paris project and, a little further ahead, the Paris Olympics in 2024.

The next Intermat will be in 2021. In the meantime the following is a pictorial review of some of the highlights from this year’s show…. 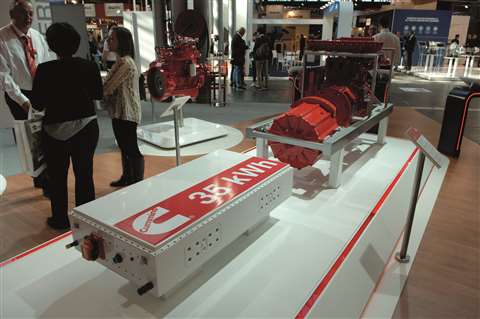 Cummins showed its first power system for off highway vehicles with a battery-electric drive. It is a range-extended type with a 3.8-litre four-cylinder Stage V diesel engine running a generator to charge a 35 kWh lithium-ion battery 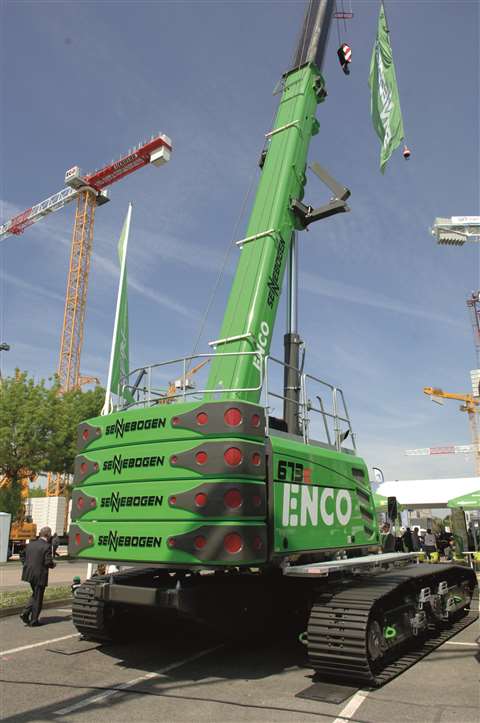 Sennebogen’s model 673E is a 70 tonne capacity telescopic boom crawler crane with 36 m boom. This is one of a pair (the other is a 120 tonner) bought by French contractor Enco. The Max Cab is 70 mm longer than its predecessor

Faymonville’s MultiMax Plus trailer is a lighter design with a fifth wheel load of 18 tonnes and an axle load of 10.5 tonnes 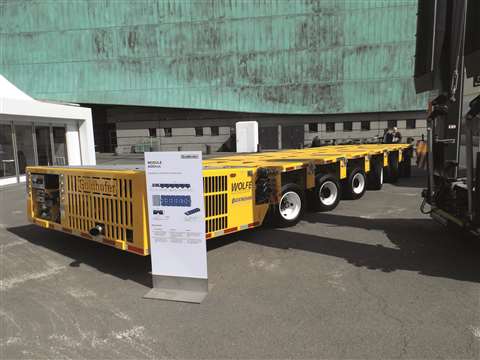 Goldhofer showed its AddDrive 6, a six-axle version of the system used to combine trailered and self-propelled modules in one vehicle 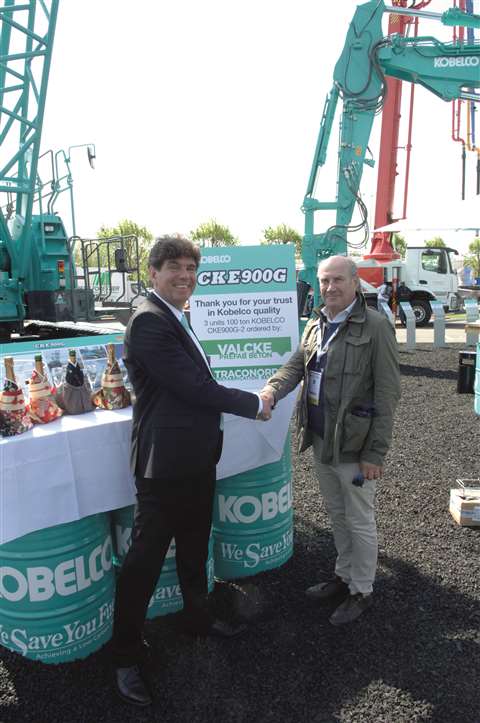 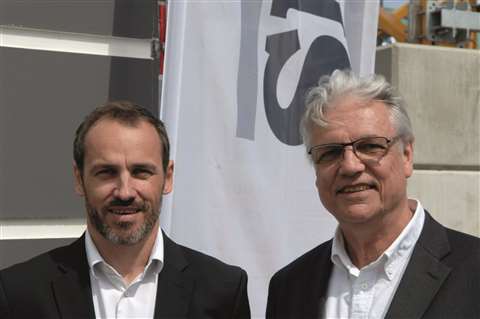 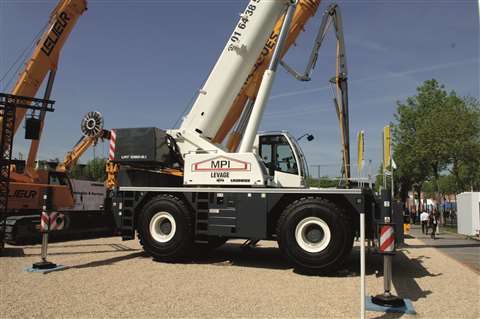 Liebherr announced its return to the rough terrain crane market in October 2016. This is the 90 tonne version designated LRT 1090-2.1. It was first shown publically at ConExpo in the USA in 2017 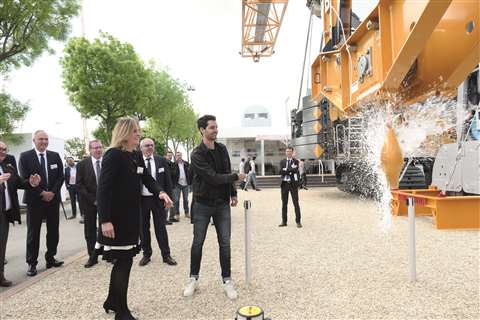 Liebherr’s 1000 EC-H 40 Litronic saddle jib tower crane being launched by Patricia Rüf, member of the administrative board of Liebherr-International, and Rayane Ramtani from construction group CAP (a consortium led by Vinci Construction and Spie Batignolles) 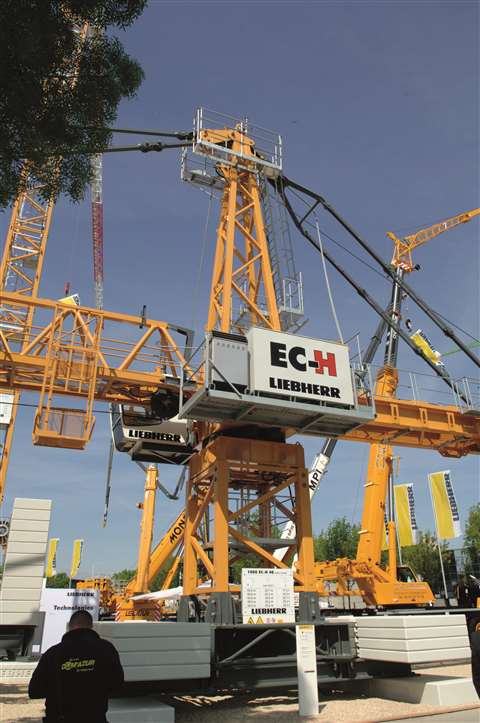 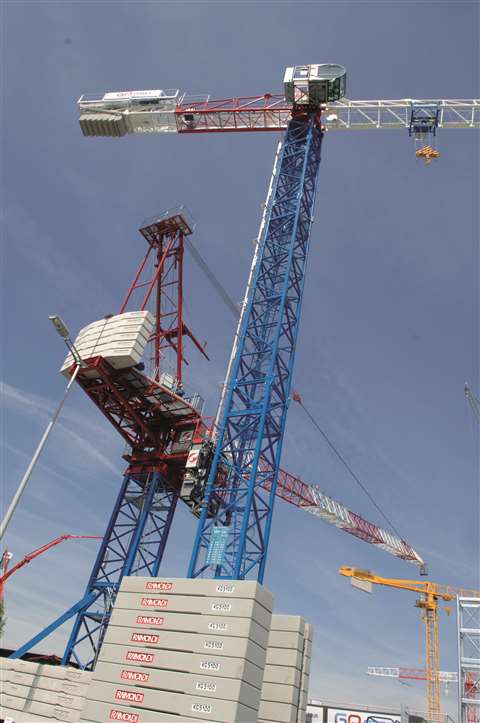 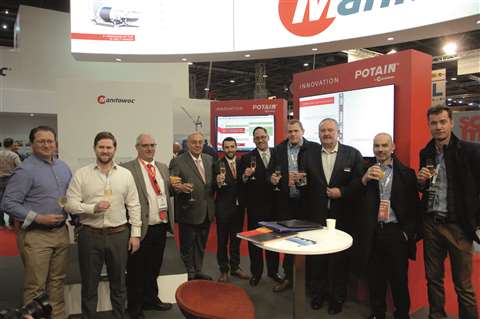 Scheuerle’s EuroCompact trailer range with 85 tonne payload has a dead weight of 34.22 tonnes and a large excavator trough 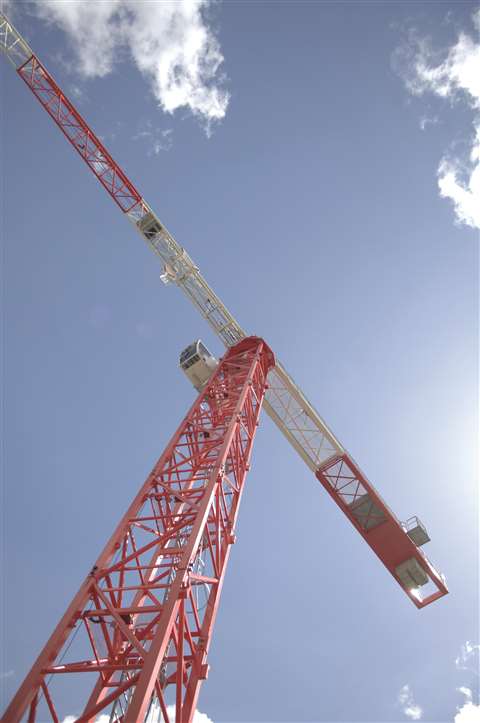 Tower crane manufacturer Wolffkran was a first time exhibitor at Intermat in 2018. Its new subsidiary in Paris offers sales, rental and service to the French construction market