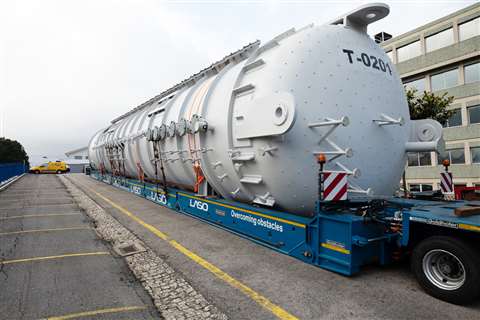 The route comprised a series of challenges including narrow bends, roundabouts, tunnels and bridges so there were height and weight limits to comply with. Laso carried out an in depth route analysis and removed street furniture obstacles in advance of the transportation of the load which was carried out over two nights. 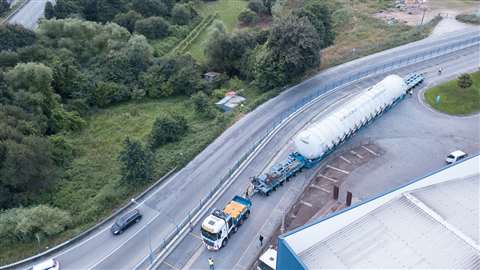 The route included a number of challenges including sharp bends, tunnels and bridges

To move the load, which measured 70 metres long, 5.6 metres high and 5.3 metres wide, Laso used two Goldhofer THP/SL heavy-duty modules. According to Goldhofer, their high bending moment and many possible variations made them well-suited to transporting the load. In addition, Goldhofer said that they offered a low dead weight and a low deck height enabled Laso to transport the component the most direct route, via the bridges and through the tunnels. The powerplant component was delivered on time for further shipment at the port.