Egyptian heavy haulage and crane contractor, The Specialized Contracting Company Cranes (SCCC), based in Cairo, has extended its fleet with the addition of a used LR 1400/2 crawler crane, bought directly from manufacturer Liebherr. 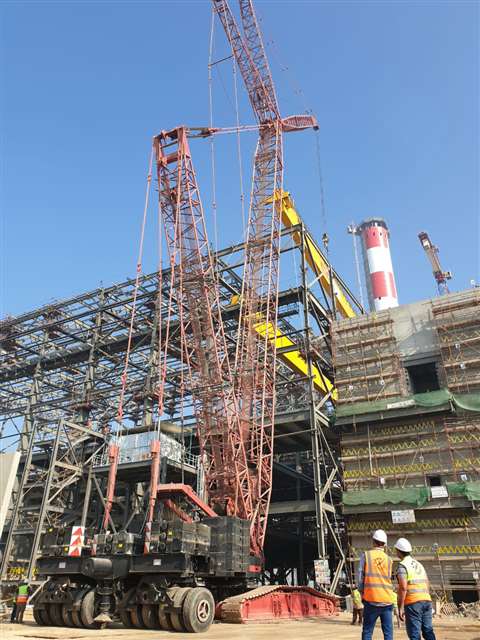 It is the company’s second LR 1400/2 crawler. The crane has a load capacity of 400 tonnes and a maximum hoist height of 164 metres. Its maximum radius is 120 metres.

SCCC is looking to use the crawler for heavy-duty projects, including power plant construction, wind farm erection and for building motorway bridges.

“We wanted to buy the LR 1400/2 from Liebherr because we are sure that we will receive the best quality used crane if we buy direct from the manufacturer,” commented company owner Sayed El Dibiky. “The 400 tonner is ideal for the requirements of current heavy-duty projects in Egypt.”

According to Liebherr, another major factor behind SCCC’s decision to buy the used LR 1400/2 was that it was equipped with a complete luffing fly jib and derrick system, with a counterweight trailer.

SCCC employs more than 200 people and its fleet comprises 45 cranes. “A large proportion of our crane fleet comes from Liebherr,” concluded El Dibiky. “We have had very good experience with this manufacturer. Another reason that we bought another Liebherr crane is the good after-sales service provided by the Liebherr representatives in Egypt’s DAM Group Trading Company.”

The LR 1400/2 has already been used on projects, including the construction of Suez Canal tunnels in Port Said and the expansion of the West Cairo powerplant. 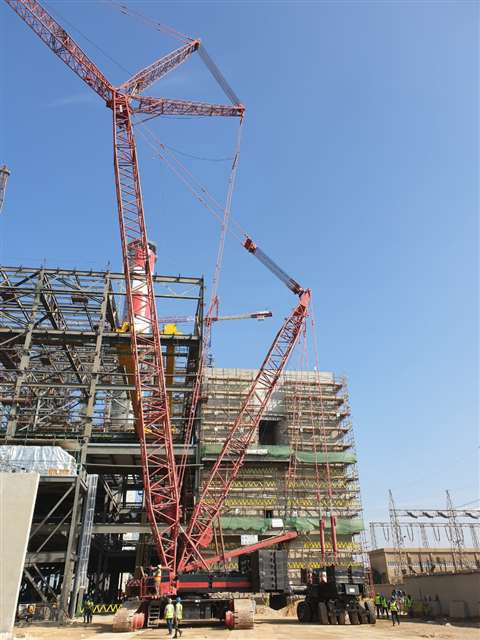