The projects took place in São Bento wind farms in the state of Rio Grande do Norte and Tianguá in the state of Ceará, the first and fourth largest states in terms of wind power generation in Brazil.

Work began in early 2017 and thanks to its success the contractor signed Mills up to a one-year agreement to continue supplying its equipment. 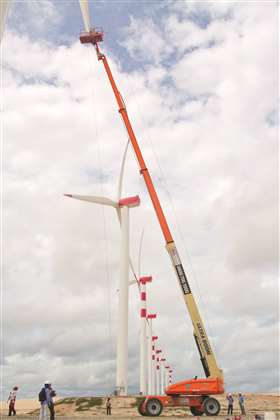 There have been challenges connected to the project. Firstly, the sites were very remote. And as a Mills spokesperson explains, “Both states have great economic and social difficulties. In these regions the rate of illiteracy is around 20%, which made it very difficult to implement the AWP utilisation.”