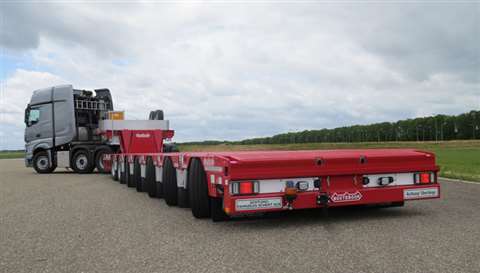 A key feature of the new design is its load floor height of 780 mm. According to the manufacturer “it is in all respects superior to semi-trailers with any type of independent suspension.” The new suspension offers an axle load capacity of 12 tonnes throughout Europe, including the Netherlands. Its suspension stroke is 500 mm and the maximum steering angle is 70 degrees.

The Manoovr series launches at the BedrijfsautoRAI exhibition, from 20 to 24 October in Amsterdam, Netherlands. Models initially offered will be with three to ten axles.