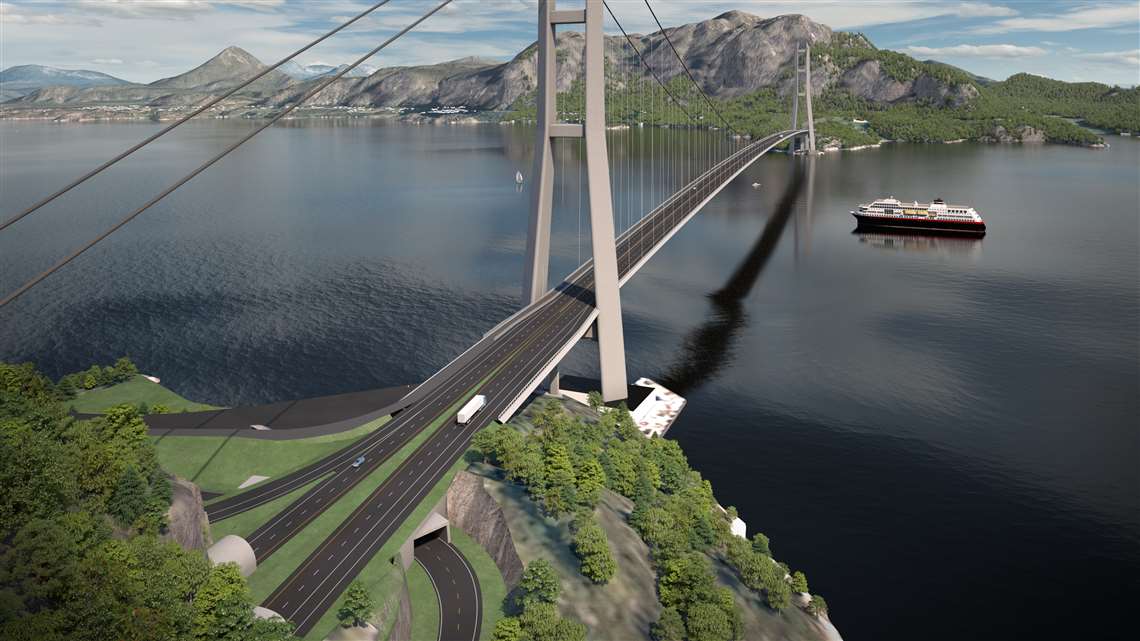 The 2km-long Julsundet Bridge will be one of the world’s longest suspension bridges.

The Norwegian Public Roads Administration (NPRA) is to put between 20 and 25 contracts up for tender, for the construction of the new E39 Ålesund-Molde road.

Connecting the fjord town of Molde with the port town of Ålesund on the country’s west coast, the works to the E39 have been split into five sections and will, upon completion, “create one residential and labour market”.

Multiple bridges, single lane tunnels, four-lane roads and a subsea tunnel are among the structures that will be built.

Contracts being offered for the works range in size, from tens of millions up to four billion kroner (approximately €390 million).

The two largest contracts being offered by NPRA will see the construction of the Romsdalsfjord Tunnel and the Julsund Bridge, which will incorporate a separate lane for pedestrians, cyclists and slow-moving vehicles.

Harald Inge Johnsen, NPRA’s project manager, said, “This is a good and important project. We have divided it into a significantly higher number of contracts than the number of plan sections.”

NPRA, which is aiming to opent the new European road in 2030, will provide addition information on the E39 Ålesund-Molde project to contractors, subcontractors and consultancies at an upcoming meeting. This is currently due to place on Monday 21 June via Microsoft Teams.

Johnsen said, “Through hard work, the NPRA has succeeded in developing good solutions for bridges, tunnels and the rest of the road.

“Now we are looking forward to starting a dialogue with the construction industry. Together we will be building a unified Møre og Romsdal. We expect ample response from the market.”

The E39 Ålesund-Molde road project is part of the National Transport Plan put in place by the Norwegian parliament, Storting.

The government’s 2021 budget has around 80 billion Kroner (€7.8 billion) allocated to the improvement of the country’s transport network.

While the existing E39 route spans a total of 1,330km and runs north to south from Trøndelag in Norway to Nørresundby in Denmark, the upgrade works in Norway primarily aim to provide ferry-free travel across its coastal region.

The NPRA said, “In addition to the Ålesund-Molde road, a new county road to Gossen will be built across the strait of Kjerringsundet in close cooperation with Møre og Romsdal County Administration.

“This will provide a ferry-free crossing of the Romsdalsfjord. At the same time, Otrøya, Midøya and Gossen will be connected to the mainland. Three ferry connections will become superfluous and will be discontinued. The entire stretch of the E39 will be 75 kilometres long.” 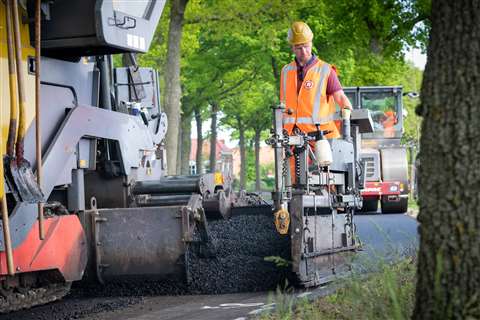 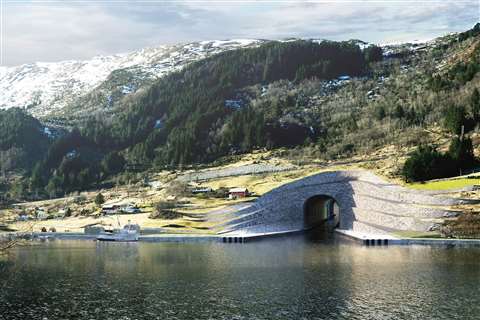 The 2km-long Julsundet Bridge will be one of the world's longest suspension bridges.
Previous Next ×