A leader in breakbulk projects, the 99-year old Port of Longview in Longview, WA has eight marine terminals and waterfront industrial property spanning 835 acres on the deep-draft Columbia River. 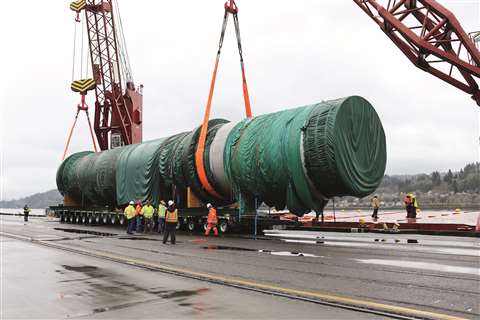 The Port of Longview recently discharged a 171-metric ton drum pulper for the nearby North Pacific Paper Company.

Located 66 miles from the Pacific Ocean in southwest Washington state, the Port plays an important role in local and national economic development, creating jobs in manufacturing and international trade.

The Port recently discharged a 171-metric ton drum pulper for nearby North Pacific Paper Company (NORPAC). The drum arrived from Shanghai via the BBC Diamond. It was lifted off the ship in two major pieces. 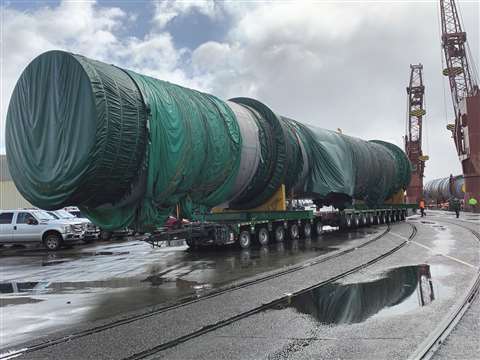 Omega Morgan maneuvered the pulper pieces though the Port of Longview’s industrial area to the paper mill. Omega Morgan used a 6-axle Kamag K 25 modular platform trailer. Each axle has eight tires for a total of 128 tires. 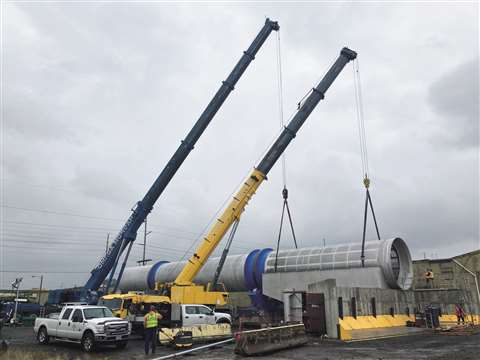 Once at NORPAC, the two pulper pieces were set into place separately. The largest piece was set first and then the smaller piece. The final connections were made to marry the pulper drum together.