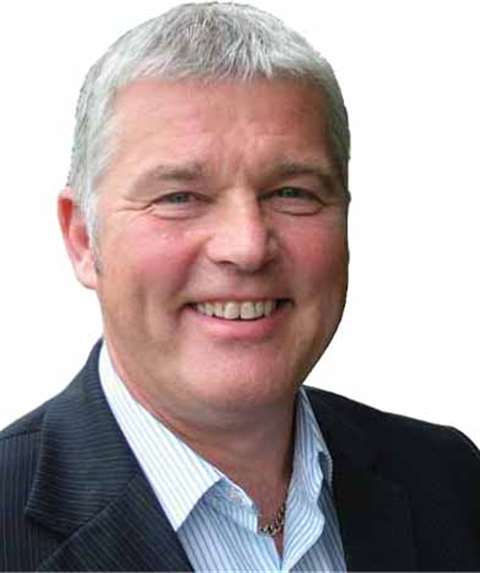 Graham Arundell joined the HAE after over 20 years work experience, first in the steel industry in a number of sales and marketing roles, and latterly as business manager at the British Printing Indus

Graham Arundell hasn't stopped moving since he joined Hire Association Europe (HAE) as its new managing director in January this year. “I spend two to three days week visiting members”, he says, “It can be a punishing schedule, but it's something we need to do. And coming into the industry, I need to know what the issues are.”

Speaking to IRN in September, and already having visited just under 100 of the HAE's 900 or so members in the UK and Ireland, he is now in a position to articulate something close to a vision for the organisation.

It is clear from the outset that he believes that HAE should be doing more to promote its members and the equipment hire industry generally, expand the level of services that it offers, and improve communication with members.

“The concept of hire needs to be better promoted”, says Mr Arundell, who replaced Kevin Minton in the role of managing director, “Hire is potentially the perfect answer to sustainability and ‘green' issues. If we help the industry, it will bolster the association; we want to make it an association that you need to join.”

The initial signs of this wider promotional role have already been seen, with HAE exhibiting at the Showman's Show in October for the first time and also plans to attend next year's SED exhibition in the UK, where it will participate in the new ‘Builders Box' programme. Mr Arundell says “HIREit at SED will give HAE's smaller members a chance to promote themselves to the many contractors and other potential customers who attend the show. It also gives us the perfect opportunity to promote the concept of hire on our members behalf.”

The HAE is also pursuing a wider role in lobbying. In Europe, the organisation has become a member of the new European Rental Association (ERA) and has been an active participant in its working committees. And in the UK it is currently trying to create an all-party Parliamentary Committee for the hire industry. If successful, that would be seen as a significant early achievement of Mr Arundell's tenure.

“The concept of hire needs to be better promoted. Hire is potentially the perfect answer to sustainability and ‘green' issues. If we help the industry, it will bolster the association.”

It is in communication with members and the development of new services, however, where Mr Arundell becomes most animated. He thinks HAE should be closer to its members, and with this in mind the organisation is to appoint four regional coordinators – the first is Graham Bradshaw for the South West and another for the Republic of Ireland is soon to join.

These coordinators will be tasked with making more regular contacts with HAE members. “Sometimes in the past, members' only contact was when they received an invoice. We need to get back in touch with members on a regional basis.” The organisation has already started a quarterly member survey – something that Mr Arundell says is starting to see a decent and improving level of response.

He believes that members don't always fully appreciate the value of the services they currently receive, but also recognizes that some services can be significantly improved. “We've just started a programme of valuing the services we provide so we can give each member a value statement”, says Mr Arundell, “I think they already get value for money, but some just don't realise it.”

“Sometimes in the past members' only contact with us was when they received an invoice. We need to get back in touch with members on a regional basis.”

That said, he sees room for an improvement in what HAE makes available. For example, the website is to undergo a major transformation over the next 12 to 18 months. He talks about creating an online “technical warehouse”, providing a one-stopshop for information, and creating much more of an interactive site where members will go for the latest information, or to debate issues; “It's a major undertaking, but its something I believe the industry needs.”

One element of this will be online training, offered via the website. This is also part of a growing commitment to training that has been bolstered recently with the news that HAE members will benefit from a £100000 (€130000) grant next year from the UK's ConstructionSkills organisation for two courses, one on management/supervisory training and another on business improvement projects. It is the latter course – pilot versions of which will run in London early in 2008 – that is attracting the lion's share of these funds.

“It's a huge amount of money to be able to put into training”, says Mr Arundell. HAE's training joint venture with ConstructionSkills, HireTrain, has already sourced suitable trainers for these courses, and Gill Bridger, HAE's newly appointed group training officer, has been seconded part-time to HireTrain.

Mr Arundell identifies issues such as legislation, tax, employment law as other areas where the organisation can offer its members more. His discussions with members have proven crucial; “It's changing what we're doing for the better – we're focusing on what people are telling us we need to do.”

There are also some wider issues on the horizon. It would be an unusual association managing director who didn't want to increase membership, but in HAE's case there is a degree of urgency, as there has been a decline; “We've slowed it significantly”, he says, “and it's starting to reverse. We want to significantly grow membership, and we've set ourselves some aggressive goals to achieve.” A 25% increase within five years is as much as he will say. Mr Arundell says there are thousands of rental companies that aren't members and that have never been contacted.

In addition, there is HAE's wider place in the European rental market. Its name implies a European coverage that isn't bourne out in practice, with virtually all of its membership in the UK or Ireland.

“I don't think a board meeting goes by without someone asking about the Europe in the name”, he says with a smile, “but we may decide to keep it.” As earlier stated, HAE is participating in ERA's activities, and it is unlikely that HAE will choose to move into the continental European construction rental sector where ERA is now well established.

However, Mr Arundell identifies the party and events rental sector as one that isn't well represented by an association – either in the UK or mainland Europe – and it may be that HAE targets this area on a pan-European basis. (ERA does not include the party rentals business.)

It's a pretty full agenda, but he says it's the challenge that attracted him to the post in the first place. “Now we're building a team to support the vision”, he says, “but it won't happen overnight.”

“I don't think a board meeting goes by without someone asking about the ‘Europe' in our name, but we may decide to keep it.”