Putting the finishing touches to one of two Saez TLS 65 flat top tower cranes at nearly 3,500 metres above sea level at Mont Blanc in the European Alps

In the face of extreme challenges presented by Alpine weather and topography, a pair of Saez tower cranes was erected to help construct a new cableway station at Mont Blanc, one of Europe's highest mountains. IC reports

In mid-2011 Spanish tower crane manufacturer Saez Cranes faced one of the biggest challenges of its recent history. It began in Italy a few months before June. The Cordée Mont Blanc group had been awarded a contract to build a new cableway station in Mont Blanc, 3,462 metres above sea level.

Paolo Moscoloni, president of Edilpiemonte S.a.s., the Saez Cranes dealer in the north western Italian region of Piemonte, received a call from the person leading Cordée. He wanted a quotation for two 160 tonne-metre rated tower cranes able to lift 10 tonnes. and the cranes had to be erected on top of one of the tallest peaks of Mont Blanc: Pointe Helbronner.

Back in Spain, the manufacturer accepted the challenge and responsibility. To build these two 10 tonne TLS 65 cranes the manufacturer had to split the jib heel section in three pieces so the heaviest would not exceed 2,400 kg. The same had to be done with the counter jibs. In addition, Saez contracted Leroy-Somer in France to build two 52 hp hoist motors specifically made for this job, with a special brake that would work well in extremely low temperatures.

Each day, however, the wind gusted to 70 km/h, sometimes causing the helicopters to drop the tower sections unexpectedly onto Mont Blanc's glacier. This was the most dangerous part of the whole process.

During the erection of the second crane, due to even stronger wind gusts and fluctuating weather conditions, the organisation had to cancel the job with the Eurocopter Super Puma. Under these circumstances, the helicopter was unable to lift one of the 2,440 kg jib heel sections. A few days later, Cordée Mont Blanc had to hire a more powerful Russian-made Kamov helicopter to finish the job.

The cranes' erection was completed by three experienced Saez crane technicians, the helicopter team of three, plus an electrical engineer from the Saez factory who oversaw the installation.

The technicians recall this job as the hardest they have ever done, with the big disadvantage of the extremely changing weather. "In only 15 minutes we passed from a sunny day with 10 ºC to fog and a heavy storm, and the temperatures went down to minus 5 ºC. After a long day working on the crane, I couldn't feel my fingers anymore," says Gian Paolo Storoni, Saez's most experienced electrical engineer.

The erection technicians were housed in the New Turin Refuge for climbers. They had to climb several times a day from the new refuge up to the old one. "I was completely exhausted from the repeated climbs. You can't imagine the lack of oxygen at 3,400 metres of altitude," Storoni continues.

How much did the installation of these two cranes cost? The flying time of the Super Puma helicopter alone cost €110 a minute and the Kamov was €140 a minute.

For Daniel Cánovas, Saez Cranes president and CEO, the most important thing was "to prove to ourselves that we can accomplish anything that we set out to do, and to our clients that they can count on us for special projects as well. I want to thank the client enormously for giving us this great opportunity. We will live up to their expectations."

For Andrea Ninato, Saez sales rep in Italy, the most important thing was that "the whole team, of both Saez and Edilpiemonte, is extremely satisfied with the work done, and our commercial relationship has been proven strong. These past months both companies faced many obstacles, but we worked past them with mutual collaboration."

Soon after completion of the cableway station, ski lovers and mountaineers will be able to enjoy and make use of it. Perhaps they will drink a toast to the brave technical team that made it happen. 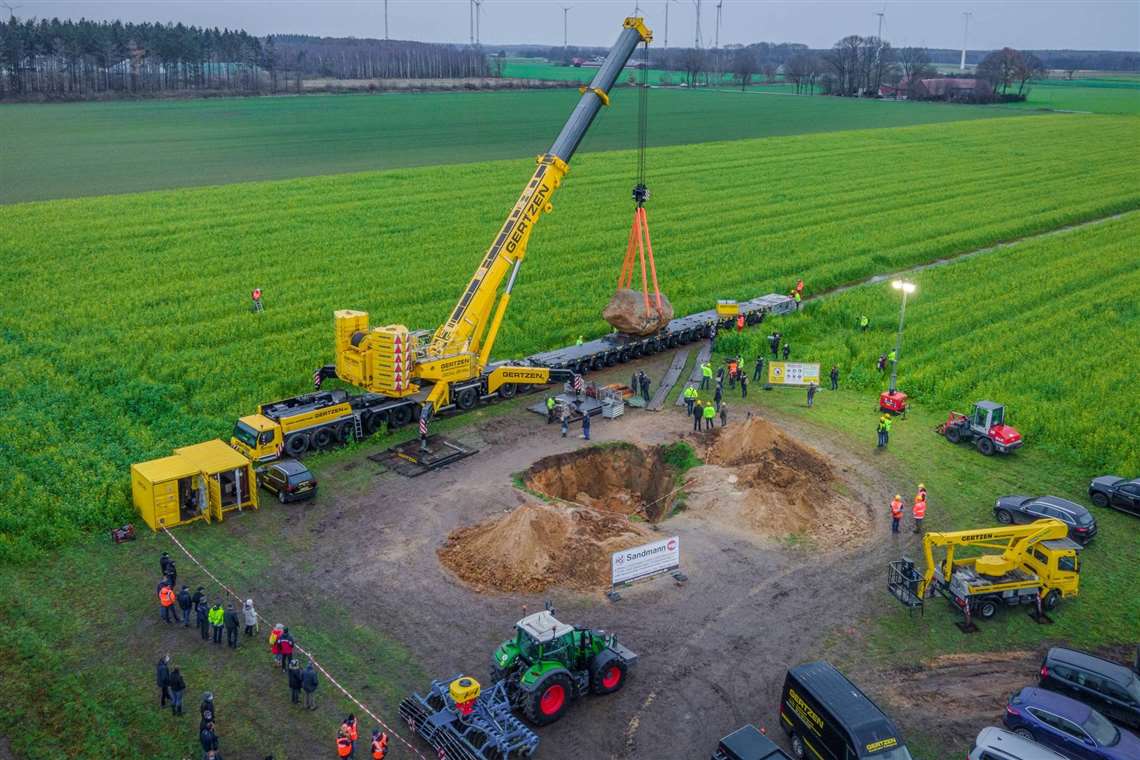