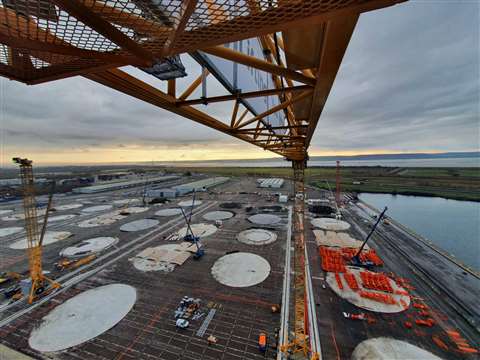 View of a Potain crane working on the Fécamp wind farm

Cranes erecting the foundation of the Fécamp wind farm will carry anti-collision systems from AMCS Technologies, the company has announced.

The project, located between 13 and 22km from the Normandy coast, will consist of 71 wind turbines, connected to the seabed by gravity foundations, set at depths of up to 30m.

These concrete structures are being placed using 18 Potain tower cranes, with 16 of them (MR 608 machines) working across four parallel tracks.

Due to the level of collision risk, with four cranes of identical height travelling on each track, the consortium responsible for the foundations – comprising Royal Boskalis Westminster, Bouygues Travaux Publics and Saipem – introduced the AMCS technology across the entire fleet, including two MDT 349 top-slewing cranes. 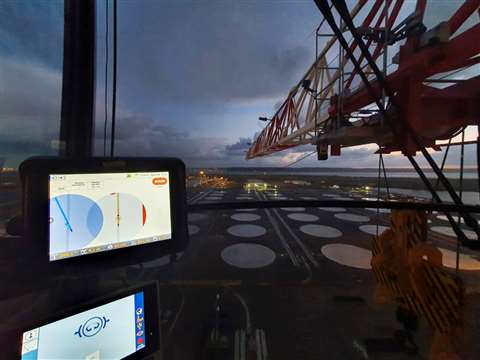 The system, DCS 61-S, offers real-time detection of collision risk across all mobile elements of the crane, calculating in 3D, the distances between parts and the speed and direction of movement. When a potential collision is detected, the system will intervene to initially slow down and ultimately immobilise the machine or machines at a safe distance.

Crane operators can view - again in real time - the position of their crane in relation to neighbouring machines, as well as having a visual display of all safe working parameters.

AMCS said, following the successful establishment of the anti-collision system, it expects to implement further technologies on site during 2021.