Mexico City’s abandoned airport project, which was partially built, has scooped a prestigious 2021 international architecture award. The project, cancelled by Mexico President Andrés Manuel López Obrador in December 2018, won the top prize in the transportation concept category at the Rethinking the Future Awards 2021.

Esteemed architects Norman Foster and Fernando Romero were collectively behind the project’s design, which was to feature a X-shaped glass and steel roof as a reference to the letter in the country’s name.

The annual awards, now in its ninth year, stated that the pair had sought to “revolutionize airport design and the experience of travelling”. 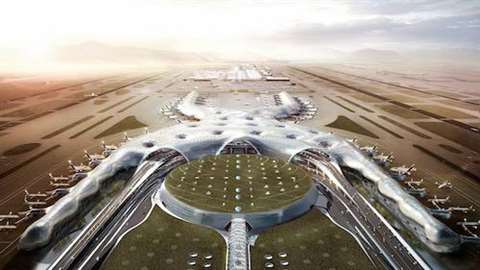 Work was suspended in December 2018 on the partially-built airport, which would have served Mexico City

Foster, a key figure in British modernist architecture, and Mexican businessman Romero designed the airport in response to a competition and were selected as winners in 2014. Their design proposal, serving six runways, for a lightweight gridshell structure that forms the walls and roof of a 555,000m2 terminal.

“The best public business we’ve done has been not to build the [Mexico City] Texcoco airport, estimated at 300 billion pesos,” Obrador claimed, at a recent press conference, about his decision to cancel the US$15 billion project.

He pointed out that building an airport instead at the Santa Lucía Air Force base, north of the capital will cost 75 billion pesos (US$3.7 billion). His decision to cancel the Texcoco project generated savings of approximately 125 billion pesos (US$6.2 billion).

Obrador, who took office in December 2018, was concerned about the cost. The Mexican government was set to fund 60 per cent of the project with the remaining 40% from bank loans and debt security.

This was the second cancelation for a planned airport at the Texcoco lakebed, with the Mexico government having proposed the urgency for a new international airport in 2002 and 2014. 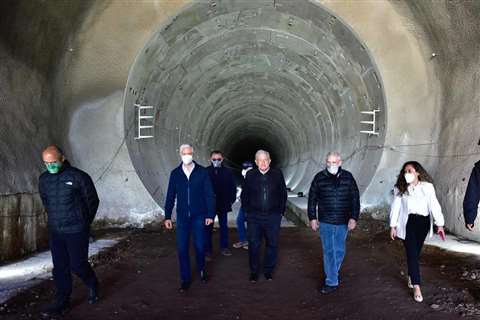