Dutch concrete structure and foundation work specialist Heibedrijf M. Kool used its 70 tonne capacity Sennebogen 673E telescopic crawler crane to install sheet piles for the construction of a new pumping station in the Westland region of the western Netherlands for Dutch general contractor Vobi. A key challenge was that the sheet piles needed to be installed underneath the path of a powerline, which limited the working height available. 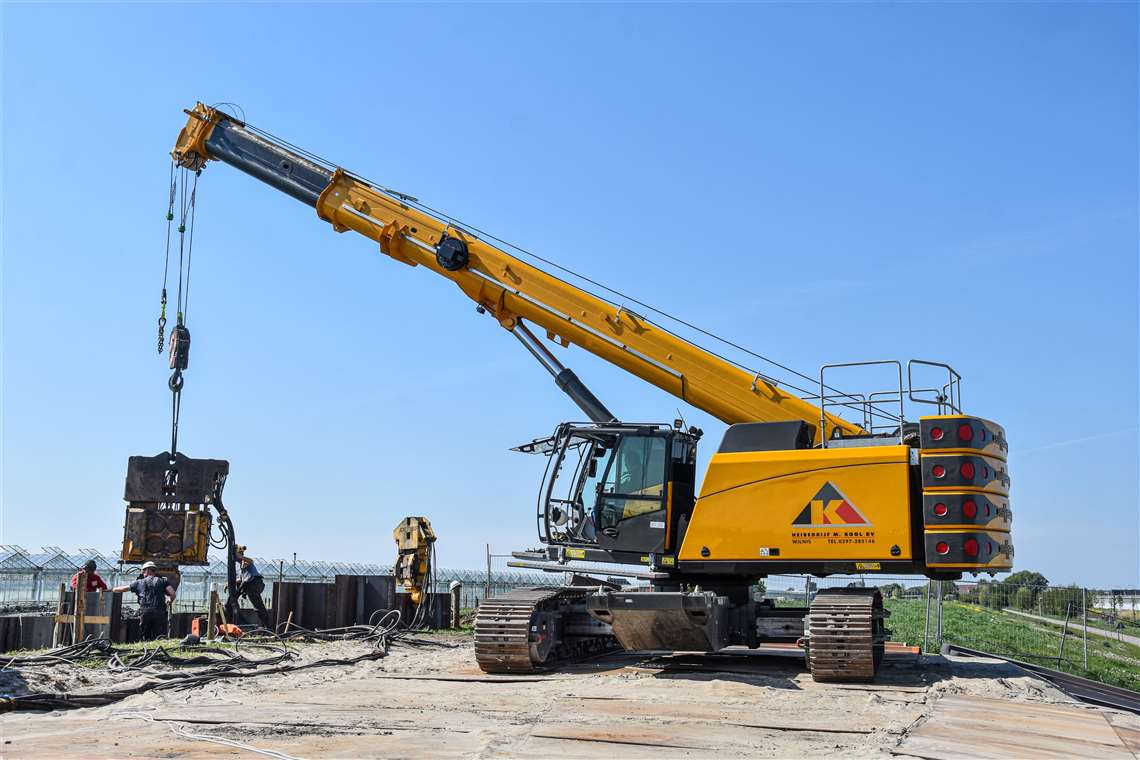 Safety was enhanced through the use of the crane’s Virtual Wall function which alerted the driver if the telescopic boom was to leave a predefined area and go too close to the power line. In addition, the screen in the cab informed the driver about the exact position of the boom.

For safety the sheet piles were installed in segments and welded together on site. To ensure that the necessary stability was guaranteed, four- and five-segment panels were placed alternately so that the weld seams of the interconnected walls were offset.

The crawler was also used for all lifting operations on the construction site, even in areas with slopes of between two to four degrees. 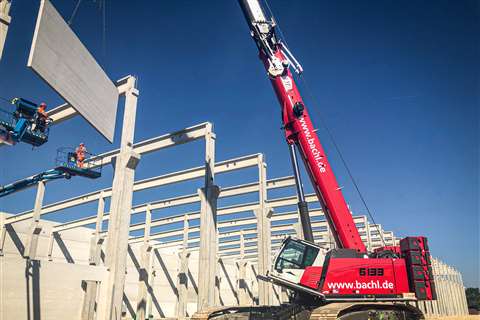